The city refuses to give up its fight against the federal government's attempt to shut down the nation's largest medical marijuana dispensary.

Two weeks after a federal magistrate judge ruled Oakland does not have a legal argument in the fight, Oakland filed an appeal saying the ruling was "unjust and absurd."

Oakland is attempting to sue the U.S. Attorney's Office over its decision last year to seek forfeiture of a building that houses Harborside Health Center. The federal government claims Harborside is conducting an illegal drug business because federal law does not allow for medical uses of marijuana.

Federal Magistrate Judge Maria-Elena James ruled in February that Oakland does not have legal standing in the case because only parties with a direct interest in a property being taken can challenge the federal government's action.

In making her decision, James rejected Oakland's arguments that it was in a unique situation because Harborside offers a service to city residents. Without that service, Oakland argued, a public health and safety risk would emerge as thousands of medical marijuana patients head to the underground drug market to score their medicine.

Since Oakland cannot challenge the forfeiture action directly because it does not have an interest in the property, Oakland argued it should be allowed to pursue its lawsuit.

Oakland's appeal will be handled for free by San Francisco law firm Morrison and Foerster, which is handling the case for Oakland. 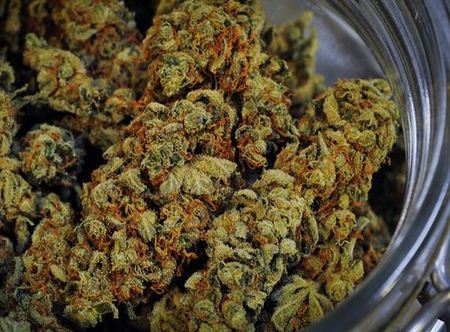