"We may be able to make some progress on the decriminalization side," Obama said. "At a certain point, if enough states end up decriminalizing, then Congress may then reschedule marijuana."

Last week, Sens. Cory Booker (D-N.J.), Rand Paul (R-Ky.) and Kirsten Gillibrand (D-N.Y.) introduced a bill that would reclassify marijuana from a Schedule I drug, which has high potential for abuse and no medical value, to a Schedule II drug, which has lower potential danger and recognized medical benefits. Nineteen states and the District of Columbia have decriminalized the possession of small amounts of marijuana for personal use. Twenty-three states have legalized marijuana for medical purposes. Four states, as well as D.C., have legalized recreational marijuana.

"I'd separate out the issue of criminalization of marijuana from encouraging its use," Obama said. "I think there's no doubt that our criminal justice system, generally, is so heavily skewed towards cracking down on non-violent drug offenders that it has not just had a terrible effect on many communities -- particularly communities of color -- rendering a lot of folks unemployable because they got felony records, disproportionate prison sentences. It costs a huge amount of money to states and a lot of states are figuring that out.

"But what I'm encouraged by is you're starting to see not just liberal Democrats, but also some very conservative Republicans recognize this doesn't make sense -- including the libertarian wing of the Republican Party."

Obama cautioned that legalization or decriminalization of marijuana, or any other substance, isn't a panacea.

"I think there is a legitimate concern about the overall effects this has on society, particularly vulnerable parts of our society," Obama said. "Substance abuse generally, legal and illegal substances, is a problem. Locking somebody up for 20 years is probably not the best strategy, and that is something we have to rethink as a society as a whole."

Smith told Obama marijuana was the most popular topic that Vice readers wanted the president to address in the interview, parts of which were released last week. Obama said he understands the interest in the drug, but said the issue of marijuana "shouldn't be young people's biggest priority."

Young people should care about "climate change, the economy, jobs, war and peace," Obama said. Maybe at the bottom of that list, the president said, "you should be thinking about marijuana."

According to a recent study from the American Civil Liberties Union, blacks were nearly four times as likely than whites to be arrested on charges of marijuana possession in 2010, even though usage was about the same for both groups. In Washington, D.C., Iowa, Minnesota and Illinois, blacks were 7.5 to 8.5 times more likely than whites to be arrested for possessing pot.

The United States is home to just 5 percent of the world’s population, but a full 25 percent of the world’s prisoners. The harsh and lengthy sentences for nonviolent drug crimes have helped bolster that figure. In 1980, there were roughly 40,000 drug offenders in U.S. prisons, according to the Sentencing Project, a prison reform group. By 2011, the number of drug offenders serving prison sentences had ballooned to more than 500,000 -- most low-level operators with no prior criminal records.

While relaxed state marijuana laws have begun to affect incarceration rates, an average one person is arrested for marijuana possession every minute in the U.S., according to FBI statistics. 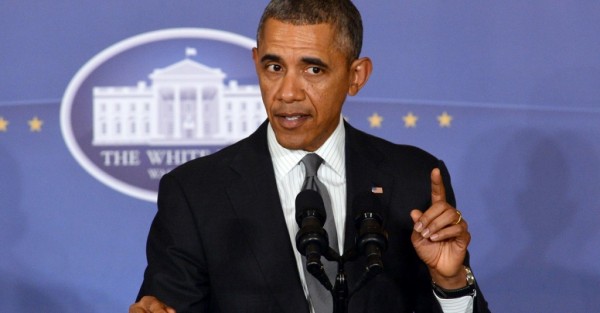 Statistics tell you who is committing the crimes, so labeling this group or that group of people is disingenuous. If possessing cannabis is illegal and the cops decide to charge you for it, then until the law changes, don't have cannabis in your possession and you won't get in trouble with the criminal justice system. ,This continual victim blaming has got to stop. I agree cannabis should be legal across the board just like alcohol, but we have to get the law changed and when we do what are people going to complain about? Got to get heroin legalized, oh wait, what about cocaine, MDMA, LSD, methamphetamine, etc.; should there be any illegal substances? Nicotine or caffeine could be argued as costic chemicals that should be banned, because they serve no real purpose to the advancement of the human condition.

I'm just wondering if the FDA and it's purveyors of protection, through how many wasted tax dollars, have these people been telling us how we should trust in their judgement. They are the arbiters of good will and they are only looking out for our better well being, then why don't they make nicotine illegal? Oooooo, that's just an ugly comment of our FDA. I'm not buying anything any govt agency tells me, simply because they are ALL liars, trying to further their own individual wants & needs, never taking into consideration the country at large. Thank You Mainstream Establishment for all you do.
Chinnubie's Last Purple Kush Plant & Lil Frankenstein Clone

I do not buy, sell, cultivate, manufacture, or use any illegal substance. Any postings I make on this forum are purely for entertainment purposes. Any pictures that I may post have been created by artificial means from images gathered from the internet and other sources. Any statements made, other than this paragraph, should not be considered as truthful.

You are completely correct, sir. Your post hit the nail on the head.

I am from a state that has one of the most harsh cannabis laws in the country. First possession is 6 months to 3 years in prison/or probation + a hefty fine. They are giving people 5+ (minimum) years for second possession of ANY amount of cannabis, so long as they are able to test it in the lab. I have been given charges for crumbs in the carpet of my car before. I don't even want to get into cultivating. Lets just say its north of 10+ years per ounce (flower or not) and yes they DO WEIGHT the pot, soil, root ball and whatever else they can throw away. If you grow or if you have ANY common sense you will realize that that can equal up to POUNDS you are facing even if its a clone that hasn't rooted yet.

"Smith told Obama marijuana was the most popular topic that Vice readers wanted the president to address in the interview, parts of which were released last week. Obama said he understands the interest in the drug, but said the issue of marijuana "shouldn't be young people's biggest priority."

Young people should care about "climate change, the economy, jobs, war and peace," Obama said. Maybe at the bottom of that list, the president said, "you should be thinking about marijuana."
Click to expand...

I say to you Mr. Obama. If these laws are not changed, there will be NO ONE left to worry about those other things. They are all in jail or cannot vote due to being felons. How can you change other things around the world when your HOME is so screwed up?
:

â€œWhen you smoke the herb, it reveals you to yourself.â€―Bob Marley :

​
How To Grow Cannabis​
Properly Water your Plants​
How To Upload & Post Photos​
Don't Forget To Vote in this Months Contests!​
K

Any updates on Sens. Cory Booker (D-N.J.), Rand Paul (R-Ky.) and Kirsten Gillibrand (D-N.Y.) bill to reclassify marijuana from a Schedule I drug before Obama leaves office?
My grow is indoors with 1000 W MH and HPS lights. The grow medium is 1/3 part Ocean Farm Potting Soild, 1/3 part Coco and 1/3 part Perlite. RO water is mixed with Emerald Harvests 2-Part nutrient package at 50% recommended concentration. pH Balance to 6.2-6.4. The temps typically range between 67F to 84 F but they are usually around 77F. Humidity is between 45% and 65% but is normally around 50% for veg and try to dehumidify lower for flower. There is good air ventilation and air circulation.The plants are fed on Sunday and then watered once or twice per week with RO and 100% of recommended Cal-Mag (generally drain-to-waste) with 7 gallons going in (1 gallon for each plant) and 2 total gallons from all 7 plants combined is the typical drain-to-waste product. The light is about 24" above the plants and they are getting 35K to 55K Lux of MH light at the canopy tops during veg and about 65KLux of HPS light during Flower. The bottom 1/2 to 2/3 of the plants are defoliated and top the plants after every 3 or 4 new nodes if healthy.
You must log in or register to reply here.
Share:
Facebook Twitter Reddit Pinterest Tumblr WhatsApp Email Link
Top Bottom