The Post's Sari Horwitz reports that Obama intends to nominate Vanita Gupta, currently director of the ACLU's Center for Justice, to lead the civil rights division of the Justice Department. Gupta also currently leads the ACLU's National Campaign to End Mass Incarceration. Horwitz writes: Gupta, 39, who was born in the Philadelphia area to immigrant parents, has been praised by a wide array of political activists for her civil rights work, especially on prison reform, an issue on which liberals and conservatives have found common ground.

Given her background, the move to the civil rights division is in many ways a natural one. And interestingly, much of her interest in disparities reflects concern over racial disparities in the war on drugs. "The war on drugs has been a war on communities of color," she wrote in 2011. Gupta has been an outspoken opponent of mandatory minimum sentencing laws, particularly their application in drug offenses. Last month, she penned an op-ed for CNN centered around a man sentenced to life in prison for buying marijuana.

"This country has spent 40 years relentlessly ratcheting up the number of people going to prison and dramatically expanding the time we hold them there," she writes. "We've spent decades criminalizing people with drug dependency, passing extreme sentencing laws, and waging a war on drugs that has not diminished drug use."

She's written extensively about the failures of the war on drugs, informed partly by her experience defending dozens of black men wrongfully charged with minor drug offenses in Texas in the early 2000s. She's also called for reforming the incentives police departments face for arresting low-level marijuana users: Federal funding for local law enforcement is based partly on arrest numbers. Perhaps most significantly, though, she's been a strong supporter of marijuana decriminalization and outright legalization by states.

In an August 2013 op-ed on mass incarceration for the New York Times, Gupta argued that recalibrating drug policies, "starting with the decriminalization of marijuana possession," would be an important step toward "a fairer criminal justice system unclouded by racial bias." And in the CNN op-ed this year, she argued that "states could follow Colorado and Washington by taxing and regulating marijuana and investing saved enforcement dollars in education, substance abuse treatment, and prevention and other health care," rather than wasting millions on "unnecessary enforcement."

Advocates for marijuana legalization are already welcoming news of the nomination. "Having someone who believes that marijuana legalization is a social justice issue serving as the chief civil rights official in the Justice Department will be simply game changing," said Tom Angell, an official with the advocacy group the Marijuana Majority. "Hopefully she can convince the next attorney general to initiate the process of rescheduling marijuana under federal law." And as Sari Horwitz notes, she's already drawn praise from leading conservative voices as well. Grover Norquist of Americans for Tax Reform spoke favorably of her, as did David Keene, former president of the NRA.

Gupta's nomination is an extension of Eric Holder's legacy as attorney general. Holder made sentencing reform a signature issue of his time at the Justice Department, and recently announced that it was time for the federal government to consider the way it classifies marijuana. Given these developments, we may see the post-Holder Justice Department begin treating marijuana law reform as a civil justice issue, not just a criminal one. It represents a major evolution from the beginning of Barack Obama's first term, when the Justice Department aggressively went after marijuana dispensaries in several states. 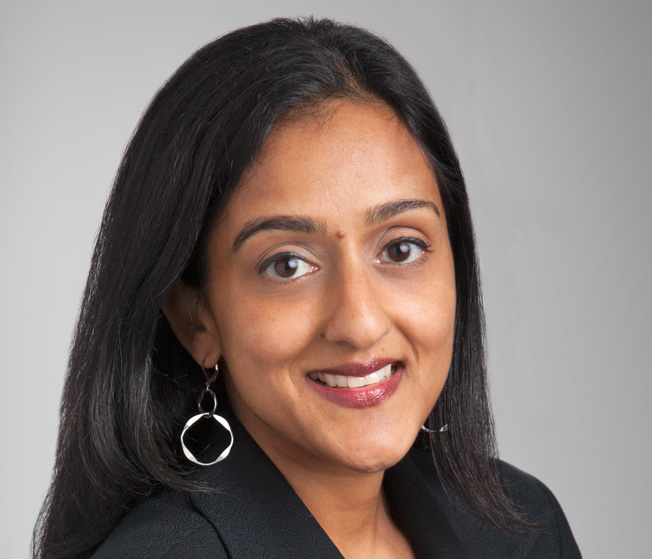 "Be nice, the next person you meet may be your future brain surgeon."....... true story

Is Obama Finally Ready To Dial Back The War On Drugs?

Trump's DOJ Gears Up For Crackdown On Marijuana