As we've documented here at Reason, Los Angeles, after failing to ban medical marijuana dispensaries within its city entirely, convinced voters to put in place a protectionist scheme that allows the first crop of dispensaries to stay open and forces all others to shut their doors (not that the city seems able to actually follow through on that last part). When a Los Angeles collective launched a marijuana farmers market at the beginning of July, there didn't seem to be much of an official response, but it looks like they probably weren't paying attention. Now that they know, the city is trying to get an injunction to shut it down. From the Los Angeles Times:

City Atty. Mike Feuer says his office will request a temporary restraining order to stop operations. "We're fighting to stop this end-run around the will of the voters who enacted Proposition D," Feuer said in a statement. "We allege these events also violate city land-use law and are causing a public nuisance. We will do everything we can to put a halt to them." Feuer's action alleges the market didn't comply with requirements outlined in Proposition D, a ballot measure passed last year that set up the legal parameters for dispensaries to remain open. Proposition D is the local ballot initiative that capped the number of dispensaries. Feuer complains further that the market violates zoning regulations and California's Unfair Competition Law, which is a pretty ballsy accusation from the guy representing a city that has been trying for the last two years to help established medical marijuana shops eliminate competition.

The city also complains that the weekend market (held in an industrial area) resulted in blocked sidewalks and affected other nearby businesses, which is perhaps a sign that there is a demand for marijuana farmers markets, and perhaps the solution is to have more of them, not fewer? Is there a better example of how absurd the mentality of government officials can be compared to the private market? "This product or service is far too popular, so we must shut it down for everybody's safety." In the private market, they'd be talking about franchising it or something to actually take advantage of the demand. 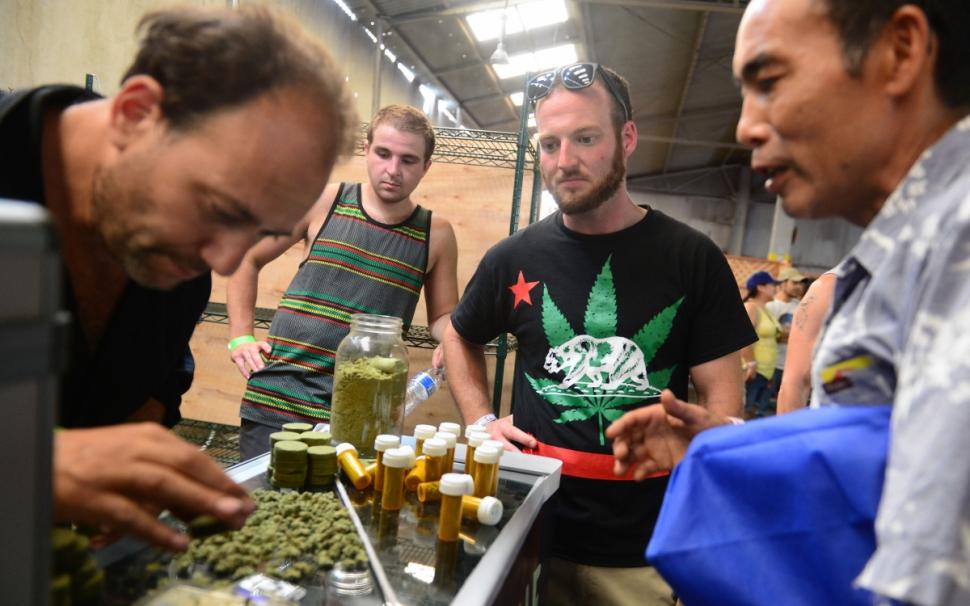 This is the inevitable death throes of marijuana prohibition.