Yet another marijuana initiative is looking for a spot on the ballot and it seems the push for pot in Ohio is growing by the day with the help of some very familiar faces.

This latest group is called Better for Ohio. They have been approved by the attorney general to gather the 305,000 signatures they'll need by July 1 to get their issue on the ballot.
Ed Howard says his group took a look at ResponsibleOhio's initiative and made some much needed changes.

"We have forty grow sites so thirty additional ones require 80% Ohio ownership which is good for Ohio because more of the profits stay here," Howard said.

Better for Ohio says their initiative would legalize both medical and recreational marijuana and set guidelines for cultivation, sale and use. However, most of the public support has fallen behind ResponsibleOhio's measure.

P.G. Sittenfeld voiced his endorsement of ResponsibleOhio Thursday which calls for legalization and tight regulation of marijuana. Celebrity and hometown business owner Nick Lachey threw his support behind the same group just last month along with basketball hall of famer Oscar Robertson in February.

With so many eyes on pot, Howard says no matter what law is put in place he believes it will legalize marijuana.

"Not any one can pass but one that is designed with the tight enough controls and regulations to address the concerns of the potential voters certainly we can and sooner or later we are going to get legalization in Ohio," Howard said. 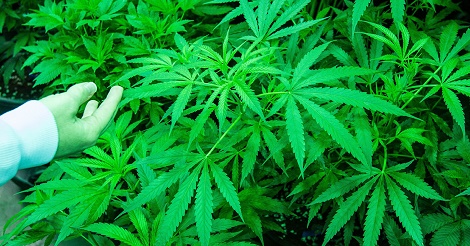 Had anyone looked at Responsible Ohio's donations to candidates?

It seems they are buying a monopoly on Ohio marijuana very cheaply.
Radogast

Several Millions Of Marijuana Is Taken Off Ohio Streets