Ohio Could Have Medical Marijuana By November

Ohio, a pivotal midwestern state for the medical marijuana movement, may again vote on medical pot legalization in November. And strong voter sentiment, coupled with a professional, if last-minute campaign, is increasing the chances that the swing state of twelve million people will vote yes.

Yesterday the Ohio Ballot Board certified an initiative drafted by Ohioans for Medical Marijuana. If the group can gather 305,591 signatures they will be able to qualify the initiative for the November ballot. Just last year, Ohio voted down an adult-use legalization proposal that included creating a legal cultivation cartel.

"We plan to mobilize a large group of volunteers and we'll be enlisting the help of paid petitioners to meet the state's sizable signature requirement in the short amount of time we have," Mason Tvert, communications director for the Marijuana Policy Project, which is supporting the initiative, stated. "A lot of our volunteers are family members of patients or patients themselves, so they're incredibly motivated. The initiative process isn't easy, but it pales in comparison to undergoing chemotherapy or witnessing your child have seizures on a daily basis."

Last year Ohio voters rejected a proposal to legalize pot with a cultivation cartel by a vote of 64 percent to 36 percent. But support for medical marijuana is stronger. In national polls, approximately 80 percent of the public supports medical marijuana.

An Ohio poll from Quinnipiac found in 2015 that 84 percent of Ohioans supported "allowing adults in Ohio to legally use marijuana for medical purposes if their doctor prescribes it." And a 2016 poll found that "nearly three out of four Ohioans said access to marijuana for certain medical conditions should be a constitutional right."

Advocates say the Ohio proposal is similar to others in 23 states that would allow qualified patients to use, possess (2.5 ounces in public), and cultivate a small number of medical pot plants. State ID cards, and licensed, regulated providers would follow. Local bans on pot shops would require a local vote.

Qualifying conditions would be quite numerous, and regulators could add more. They include:

"Debilitating medical condition" means: cancer, glaucoma, positive status for human immunodeficiency virus, acquired immune deficiency syndrome, hepatitis C, amyotrophic lateral sclerosis, Crohn's disease, ulcerative colitis, agitation of Alzheimer's disease, post-traumatic stress disorder, autism with aggressive or self-injurious behaviors, Sickle-Cell Anemia, severe fibromyalgia, spinal cord disease, spinal cord injury, traumatic brain injury or post-concussion syndrome, chronic traumatic encephalopathy, Parkinson's, muscular dystrophy, Huntington's Disease, or the treatment of these conditions; a chronic or debilitating disease or medical condition or its treatment that produces one or more of the following: cachexia or wasting syndrome; severe debilitating pain; severe nausea; seizures, including but not limited to those characteristic of epilepsy; severe and persistent muscle spasms, including but not limited to those characteristic of multiple sclerosis; or any other medical condition or its treatment approved by the Division."
Click to expand...


"I'm excited to let voters know about this initiative and why it's so important to me," stated Ohio resident Amanda Candow, a multiple sclerosis patient and volunteer, in an MPP release. "I'm particularly interested in sharing my story with folks who are still skeptical about medical marijuana. My friends and neighbors already know how much this law would help patients like me." 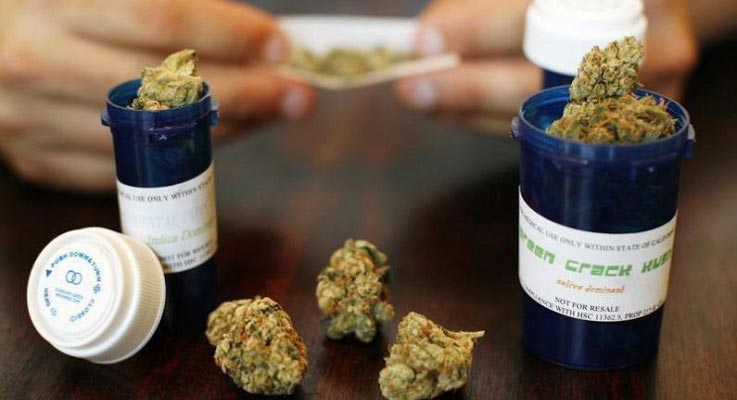