Sophia is a gifted, seven-year-old girl who enjoys singing. But there's something that separates her from other children: she has intractable epilepsy, meaning there's no pharmaceutical cure for her seizures.

Despite three brain surgeries, complicated diets and a litany of medications, nothing has worked.

There is, however, one medication still left untried. That medication is medical marijuana, or more accurately, a compound of marijuana named cannabidiol, which is separated from THC and is remarkably effective in treating seizures. Sophia lives with her parents in Ohio, and in Ohio, medical marijuana is illegal, which means that for now, her last shot at living a normal life is off limits.

"When you look at people with seizures with epilepsy, more than about two-thirds or so can be completely controlled with medication," said Dr. Michael D. Privitera, professor of neurology at the University of Cincinnati, in a new documentary about Sophie's story produced by the Drug Policy Alliance and the Institute for Human Studies.

Part of the reason support is so low when considering medical marijuana for children is because many still think that intoxication is part of the process. That just isn't true.

"Some of the most common misconceptions about medical marijuana is that the experience has to include intoxication," Amanda Reiman, manager of marijuana law and policy at the Drug Policy Alliance, told The Daily Caller News Foundation. "There are many formulations of cannabinoids found in the plant, and they are associated with varied effects. DPA feels that parents and their doctors should have access to as many options as possible for treatment, and that those options should be made safe through oversight and regulation."

For Reiman, whether medical marijuana is for children is a question that should be left up to the parents and the child's physician.

"There are many conditions for which cannabis has shown efficacy in treatment, including cancers and other conditions that might impact young people," Reiman added.

"I can't remember exactly how I first heard of medical marijuana as possible help because I had been researching this stuff for years, but probably through Charlotte Figi's story was how it first became well-known," Scott Nazarrine, Sophia's father, told TheDCNF.

"I'm still not "convinced" it'll work for Sophia, but I have to have hope that something will," Scott added. As far as Scott is concerned, medical marijuana should have been the first treatment tried - before brain surgeries and endless pharmaceuticals. But even if it doesn't help Sophia, Scott is sure it will help some other kids.

The documentary featured stalwart resistance to change from Republican Ohio Gov. John R. Kaisch, who when asked whether he would consider a medical marijuana amendment replied, "No, no... That's not what we need to do."

Since the making of the documentary, Sophia's conditioned has worsened. The Drug Policy Alliance and IHS have launched a petition site to try and obtain 25,000 signatures in support of medical marijuana for Sophia. 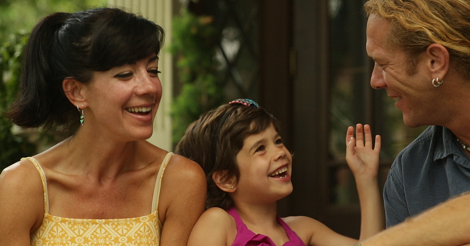