Columbus, Ohio -- Three out of 20 Ohio physicians said they would be "highly likely" to recommend medical marijuana to a patient, according to results from an Ohio State Medical Board survey.

The survey was sent to all Ohio-licensed doctors in September, when Ohio's medical marijuana law took effect, and released Thursday to the Ohio Medical Marijuana Advisory Committee along with draft rules for physicians.

"I don't want the pill mill docs and I don't want the sham that's going on in California with it," member Marcie Seidel, executive director of the Drug-Free Action Alliance said. "But if we're going to do this, let's balance it out so people, if they believe they need it, can access it."

Of the 3,000 physicians who responded, 45 percent said they were unlikely to recommend medical marijuana. When asked what would make them more likely to recommend, most said peer-reviewed research, followed by training and having the federal government reschedule marijuana to a legal substance.

Many said their patients weren't asking them about medical marijuana, but when they do, they want to know about benefits and side effects to using marijuana for their medical condition.

Other doctors were worried about patients abusing marijuana. A few weren't aware Ohio's law had passed.

Hospitals including Cleveland Clinic and Cincinnati Children's have told physicians they do not support medical marijuana use, doctors reported.

Ohio's medical marijuana law allows patients with one of 20 qualifying medical conditions to buy and use marijuana if recommended by a doctor.

Under the draft rules, physicians would have to complete an approved two-hour continuing education course related to identifying the qualifying medical conditions and the characteristics of medical marijuana. Certified doctors must also have no prior action from the board or federal Drug Enforcement Administration based on inappropriate prescribing.

Under the draft rules certified doctors would have to

The draft rules released Thursday also set a fairly rigid process of adding new medical conditions to the list, requiring evidence that conventional drugs are insufficient to treat or alleviate the condition. Medical board officials said physician requirements in law are more restrictive than other states.

Getting doctors on board with medical marijuana programs has been a roadblock in other states. After New York's program started in January 2016, about 300 physicians registered to recommend medical marijuana, leaving many patients without access to a physician. As of Monday, 771 had registered there.

Medical Board President Dr. Amol Soin said he preferred to start with a stricter set of rules that can be relaxed rather than the other way around. 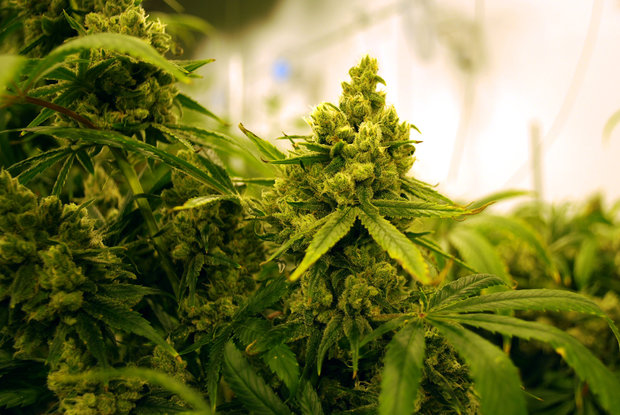