ZANESVILLE -- Thousands of dollars in marijuana and drug paraphernalia were taken into evidence after a drug raid Thursday night in Zanesville.

"This has been on our radar for quite a while," he said. "It's something we've been looking at for several months."

A male suspect, about 58 years old, was taken into custody and transported to the Muskingum County Jail for questioning. His name is not being released at this time, pending charges once Muskingum County Prosecutor Michael Haddox reviews the case.

Lutz said several small firearms, about $1,000 in cash and a large indoor marijuana-growing operation were found at the home.

Two upstairs bedrooms were completely full of mature and growing plants, and another room contained processing items. Lutz said more than 100 plants were found, each with a street value of $1,000. 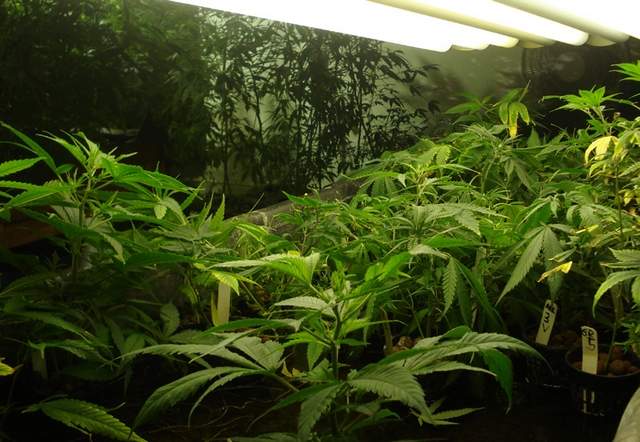