How far would you go to help a loved one in your life?

That is the question being asked by members of Oklahomans for Health.

For someone who is suffering from the pain of lupus, or for someone who is dying from cancer, members of Oklahomans for Health say to get medical marijuana legislation on the ballot in November.

To find the closest location to sign a petition putting the legalization of medical marijuana on the ballot, go to the map at oklahomansforhealth.com. A list of businesses is provided that have petitions to sign. Less than 72 hours is left to sign the petition.

Is that person you love a relative with cancer or severe arthritis? Is it a friend with Parkinson's or MS? Is that special one a veteran with PTSD or a child with epilepsy not finding relief from the limited levels of oil allowed by law currently?

"This issue is important to not only the Oklahomans who are signing the petition, but also to countless Oklahomans who experience a medical issue which this treatment could help. As the successor of the original author of medical marijuana in Oklahoma, I am particularly pleased to continue her advocacy," Sen. Pittman said.

Sen. Connie Johnson introduced the first medical marijuana bill in 2007. Since that time three petitions have been circulated.

The medical use of marijuana in various forms, as prescribed by a medical doctor, has shown success in treating side effects of cancer treatments, as well as assisting patients suffering from epilepsy, rheumatoid arthritis, lupus, and many other conditions, said former Oklahoma State Rep. Joe Dorman when he spoke to members of the Edmond Kiwanis Club recently.

A research component to allow groups such as the Oklahoma Medical Research Foundation is included in the proposed change in law to allow further developments in research of cannabis.

"We see far too many Oklahomans forced to use marijuana to treat some medical condition, and because of the current laws, they run the risk of arrest, a fine and incarceration" Sen. Pittman said.

"Thousands of children and elderly Oklahomans suffer from some medical condition where marijuana is the only affordable treatment they can find. It is time we change the law to make this type of treatment under a doctor's care in Oklahoma."

To find the closest location to sign a petition, find the map at oklahomansforhealth.com and go to the nearest business to sign the medical marijuana petition. 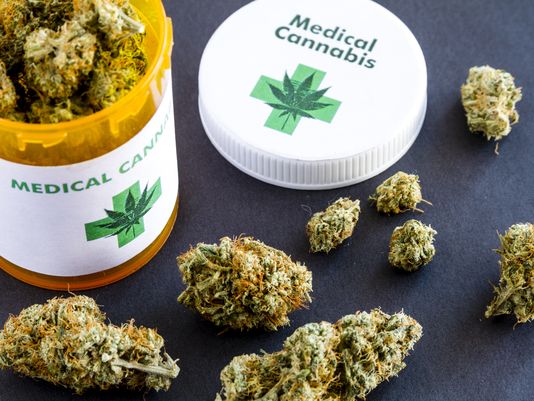