Green Lady Marijuana is ready to open this weekend as Olympia's first recreational marijuana retailer. The only thing missing is the marijuana. The store was originally slated to open Friday (Aug. 15) at 3044 Pacific Avenue East, Suite B. However, Green Lady's cannabis suppliers have encountered a few hiccups related to traceability software and product tests, said co-owner Mike Redman. An announcement will be made on Green Lady's Facebook page and website when supplies finally arrive, possibly as soon as Saturday.

In the meantime, Redman and his 12 employees are "twiddling our thumbs." "We're all waiting patiently," Redman said Friday while his staff stocked the store's display cases with glass pipes, bongs and vaporizers. At first, Green Lady will start off selling higher-end strains until inventory can grow to include edibles and vapor pens, Redman said. Prices will be comparable to other recreational marijuana outlets, he said, noting that Green Lady's goal is to keep the cost between $15 and $35 per gram. Redman also expects the prices to drop as more product enters the market and growers go through another cycle.

Green Lady's suppliers are still figuring out the ins and outs of BioTrackTHC, a Florida-based software company that tracks marijuana sales. The software also allows the Washington Liquor Control Board to monitor and track products from start to sale at any time. Other than the delayed supply, Redman said legal requirements have slowed down the process for opening Green Lady. In July, the city's hearing examiner approved a conditional use permit nearly a month after Green Lady had applied. There was no public opposition, according to documents.

However, the discussion about local regulations is continuing. At its next meeting Monday (Aug. 18), the Olympia Planning Commission will hold a public hearing to review temporary retail cannabis regulations that were approved last year by the Olympia City Council. The hearing is intended to gather public input before making a recommendation on permanent regulations for production, processing and sales of retail cannabis. The public may comment through Sept. 3, and the planning commission will discuss the issue again Sept. 8.

City code enforcement officer Chris Grabowski said this month's public hearing is more of a formality. The state already handles regulations for recreational cannabis, and the city's primary role is to determine where these business can be located, he said. For now, cannabis retailers are allowed only in high-use commercial zones. "The system seems to work just fine," Grabowski said. "We don't anticipate there will be any great changes." In 2012, Washington voters approved I-502, which legalized recreational marijuana sales for adults. The state Liquor Board approved 334 total outlets based on population. Thurston County was approved for 11 retail outlets, with two in Olympia, two in Lacey, one in Tumwater and six "at large" outlets for the rest of the county. 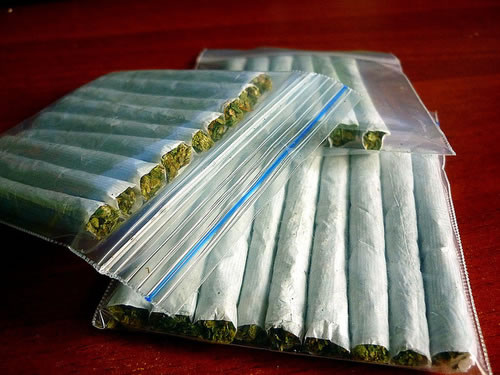