One Of The World's Largest Marijuana IPOs Is A Bust

MedReleaf, Canada's second-largest licensed grower of medical marijuana, plunged by 28% in its trading debut on the Toronto Stock Exchange on Wednesday morning. It was the biggest drop for a Canadian IPO since 2001, Bloomberg said.

Matei Olaru, the CEO of Lift, an online marijuana marketplace, chalked this up to "investor fatigue" in the Canadian marijuana industry.

"Valuations in the sector have dropped considerably over the past several weeks, and the MedReleaf IPO was priced under a different market environment," Olaru said. "With so many LPs going public, there isn't enough retail demand to sustain all these valuations."

The sellers – most of whom are directors at MedReleaf – were put in a position of encouraging investors to buy the shares they were selling, Seeking Alpha noted.

He said the drop could be due to funding problems resulting from Canadian banks pulling back their capital commitments to cannabis companies.

Canada is also in between "market moving catalysts," Lane said, causing a "lack of positive news pushing the market forward," such as Prime Minister Justin Trudeau's announcement that the government would seek to legalize recreational marijuana federally.

Trudeau's government is hoping to legalize marijuana by July 1, 2018. 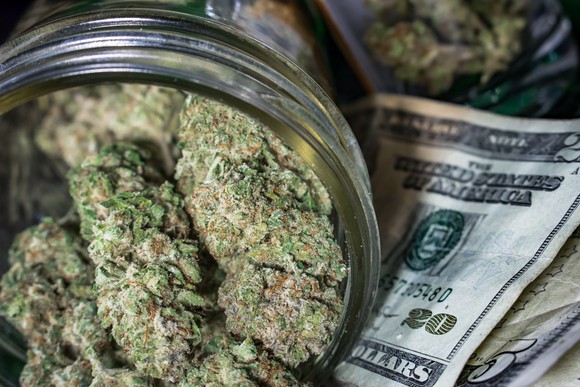