The announcement of a new medical clinic at Yonge and Eglinton is not normally a particularly newsworthy event. The office towers surrounding the busy midtown intersection are, after all, jammed full of dentists' and doctors' offices, psychotherapists and practitioners of a dozen varieties. But when Danial Schecter, a doctor who currently operates a house-calls business in the Georgian Bay area, declared he was setting up a new clinic in Toronto, all the city's media outlets took note. Schecter is co-founder of the Cannabinoid Medical Clinic, which, when it opens its doors on July 2, will become the first doctor's office in Ontario to specialize in medical marijuana. Tucked away on the fourth floor of an office building on the eastern side of the intersection, the clinic will see patients referred to it by other doctors and will assess them for treatment with either prescription cannabinoids (synthetic pharmaceuticals that mimic the active component in cannabis) or medical marijuana. In the case of the latter, the patients will receive a prescription-like medical document authorizing them to receive a set amount of marijuana directly from an officially licensed grower, though the clinic itself will not store or hand out marijuana.

"We won't be seeing the 18- or 25-year-old who walks in and says, 'Hey Doc, I've got a really bad back, and I think cannabis helps me. Can I have a prescription?'" said Schecter. "I'm not seeing those guys. I'm seeing the patients who have a true medical diagnosis." Although there is little in the way of clinical research into the effectiveness of marijuana, it is used by some patients to manage chronic or long-term symptoms, particularly pain and nausea, and it has been claimed to be useful in diseases as diverse as AIDS, cancer and Crohn's. Schecter trained as a medical student with Mark Ware, who is now executive director of the Canadian Consortium for the Investigation of Cannabinoids, and is convinced that marijuana can be beneficial. He currently prescribes it to certain patients in his Georgian Bay practice and says in some cases marijuana has worked to control symptoms where other drugs have failed. In some instances, he said, patients had tried two or three different treatments and visited several specialists without success before turning to medical marijuana.

"People tell them there's nothing they can do for them anymore. And we try something, and in some patients it's magic and you can help them," said Schecter. Because Cannabinoid is anticipating many of its patients will suffer mobility problems, Yonge and Eglinton was deemed a good location for the clinic as it is easily accessible by transit from most parts of the city. Schecter is taking advantage of a change in federal government rules on medical marijuana that came into effect on April 1. Under its new Marihuana for Medical Purposes Regulations, Ottawa has ended the system whereby Health Canada authorized thousands of individual users to grow their own cannabis. Medical marijuana is now only available to patients who have been prescribed it by a doctor and who must obtain their supply from producers licensed by Health Canada. So far, Health Canada has listed 13 such producers on its website, with more likely to come. Former Toronto mayoral candidate George Smitherman is reportedly among those mulling a move into the industry.

The government says the new regulations will allow better quality control, as producers must measure the amount of active ingredients in their products. (A point illustrated just weeks after the changes came into effect, when Greenleaf Medicinals, a B.C. firm, became the first producer to voluntarily recall medical marijuana after spotting problems with a batch of its purple kush.) Opponents fear it will place a financial strain on people who have long-term medical conditions who will now be forced to pay around $7 a gram for a product they could previously grow themselves. In March, a federal court issued an injunction staying an order from Health Canada that would have forced authorized medical marijuana users to destroy their plants (by, somewhat bizarrely, sticking them in a blender and then mixing the resulting gloop with cat litter). The government is appealing the ruling.

Medical professionals are also wary of the responsibilities the government is shifting onto them. Hugo Francescutti, president of the Canadian Medical Association, has warned doctors to tread carefully, pointing out that they could be in hot water should there be any unforeseen complications from a drug that has not been rigorously tested. For his part, Schecter acknowledges reluctance in medical circles to prescribe marijuana but also sees an opportunity. "I see the resistance in some of my colleagues, but I also see the hunger out there in some of my colleagues who want the education around this because they know it's something that is coming up and they will be faced with," he said.

Schecter wants Cannabinoid to become a leader in the field, setting the standard of care in medical marijuana treatment and says there will be rigorous assessment of patients, low initial doses and regular follow-up to track their progress. But he also sees the centre as having a mission to educate about cannabis. "There is a lack of education and knowledge by the general medical population about cannabinoids both prescription and medical marijuana," he said. The centre will give each patient an education session – at a cost of around $200 – and also run seminars and workshops tackling issues like how to choose a strain, how to get pain relief without getting high and how to take it (smoking, unsurprisingly, is not the recommended method). Schecter clearly also aims to be something of a trailblazer and hopes that eventually other doctors will become comfortable enough with medical marijuana to prescribe it themselves. "It's exciting to be at the forefront of a field of medicine," he said. 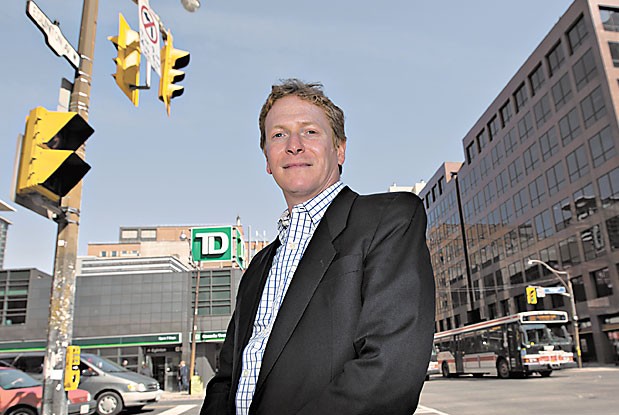