A legislative committee working to implement the state's new legal pot system voted unanimously Monday to send a key bill to the full Legislature for a vote.

The legislation spells out how the state will set standards for labeling, packaging and testing of marijuana, and gives the Oregon Liquor Control Commission authority to enforce regulations on the legal pot industry. It would also regulate Oregon's existing medical marijuana program and allow elected officials in cities and counties that voted against Measure 91, the November initiative to legalize marijuana for adults, to pass bans on recreational and medical marijuana businesses.

Lawmakers on the House-Senate committee that produced the bill worked for months to reach a compromise, and more than once it appeared their work might be derailed by disagreements. The latest hurdle arose last week, when Senate Minority Leader Sen. Ted Ferrioli, R-John Day, sent an email to other lawmakers saying that he would not support the bill under consideration unless it allowed city councils and county commissions to prohibit medical and recreational retailers.

Ferrioli threw his support behind a proposal by the League of Oregon Cities to allow elected officials in cities and counties that voted against Measure 91 to pass bans on medical and recreational pot businesses. Under the compromise proposal, elected officials in cities and counties where voters approved Measure 91 could also vote to pass bans, but those would be referred to the voters.

Both provisions were included in the bill that passed out of the House-Senate committee Monday evening.

House Bill 3400 will receive its first full vote in the Oregon House.

Meanwhile, lawmakers on the committee will continue to work on some of the proposals that were left out of House Bill 3400. That includes a proposal by Ferrioli, with support from Sen. Floyd Prozanski, D-Eugene, to allow medical marijuana dispensaries to temporarily sell pot to recreational customers until the launch of the recreational pot retail system sometime in 2016. Under Measure 91, adults age 21 and older can legally grow and possess limited amounts of pot and cannabis products starting July 1.

Lawmakers plan to tackle early sales and recreational pot taxes in separate bills, and took public testimony on the taxation bill on Monday evening. House Bill 2041 would replace the weight-based excise tax the state would charge growers under Measure 91 with a sales tax on the drug.

Several lawmakers on the committee said after the vote Monday that the Legislature will likely work for years to shape Oregon's new legal pot system.

"You can ask the question, how can you be called on to legislate a culture change?" said Rep. Carl Wilson, R-Grants Pass. "We'll be working on this forever."

The co-chairs of the committee, Rep. Ann Lininger, D-Lake Oswego, and Sen. Ginny Burdick, D-Portland, thanked other lawmakers, members of the marijuana industry and medical marijuana advocates for their hard work on the legislation.

Still, not everyone was happy with the bill. Rep. Peter Buckley, D-Ashland, said he voted out of courtesy to move House Bill 3400 to the House floor for a vote, but he remained frustrated by the process by which the committee drafted the bill.

"It's been dysfunctional in many respects," Buckley said, adding that he was dismayed at the move by a special Senate committee last month to push through its own bill to regulate medical marijuana. Most of that bill was folded into House Bill 3400. "I think the public has been shut out of this process to a great extent," Buckley said. 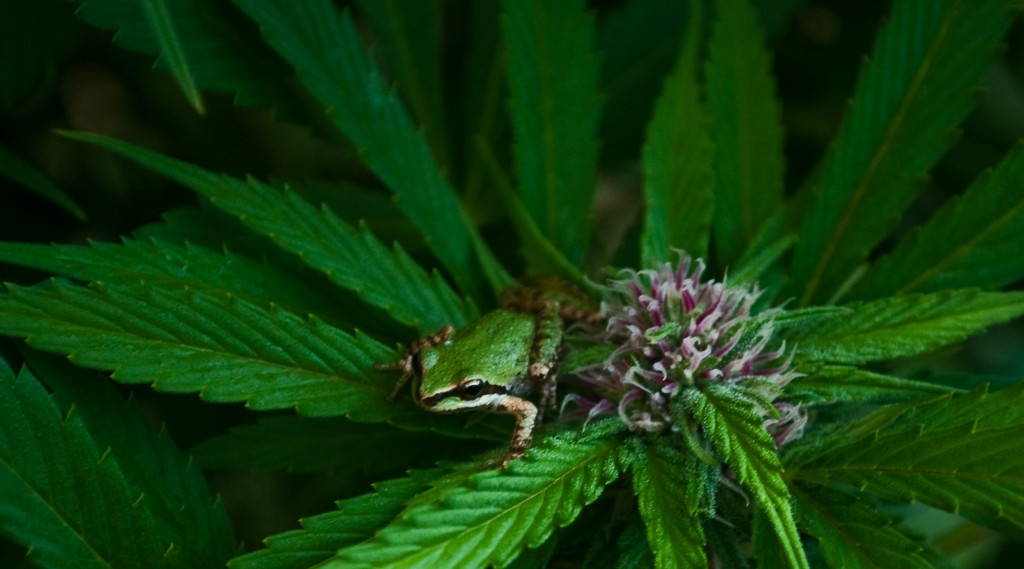