The Oregon Legislature has approved a bill to aid the state's fledgling hemp industry, including a local operation near Murphy.

The measure now goes to Gov. Kate Brown for her signature.

Among provisions in the bill, co-sponsored by Rep. Carl Wilson, R-Grants Pass, is one that addresses a concern that male hemp plants might cross-pollinate and harm the potency of nearby female marijuana plants.

The measure allows indoor and greenhouse growing of hemp plant "starts," which would allow growers to identify and destroy young male plants before they produce pollen and harm valuable female marijuana plants growing nearby.

The cross-pollination issue roused so much concern last year that a legislative effort was made – and defeated in the Oregon Senate – to temporarily bar hemp production in Oregon out of fear the male hemp plants would make neighboring female marijuana plants less potent. Female marijuana plants produce flowers that get people high when they're ingested or smoked, but the flowers are less potent when they have been pollinated by male plants.

Wilson took up the hemp cause at the urging of gubernatorial candidate and Grants Pass real estate agent Cliff Thomason, who is a partner with several others, including Josephine County Commissioners Cherryl Walker and Simon Hare, on a Murphy-based hemp production operation called Orehempco.

Thomason praised Wilson and his chief of staff, Michelle Binker, along with Portland lawyer Courtney Moran, a hemp specialist, for shepherding the bill through the Legislature.

Wilson, Binker and Moran "did a fantastic job in a short session to make this a viable agricultural crop for this year," he said.

Orehempco employs six, plans to cultivate 15 acres on Walker's property near Murphy and cultivate another 25 acres near Sutherlin, with about 305,000 plants, about 5,000 of which will be for medicinal use.

Thomason valued each of the 5,000 medicinal plants at $1,000 each. Planting will begin in a few weeks. At harvest time, employment will jump to about 20 to 30, Thomason said.

Hemp's uses include fabric, food, paper, oils and cosmetics. It also can be used for building materials, including plywood, beams and building blocks.

Nine industrial hemp producers attempted to grow a crop in the state last year, with three of those grows deemed failures, according to a legislative analysis.

Wilson issued a statement Monday announcing Friday's final passage of the bill, House Bill 4060, by a vote of 79-4. He touted the bill's provision allowing indoor growing.

"Hemp is an amazing crop, with thousands of known uses," Wilson continued. "This is a great opportunity to bring the economic benefits of industrial hemp to rural Oregon. I'm tremendously excited by the possibilities of this product. Hemp is a winner for Oregon."

Other provisions of the newly passed bill do away with a 2.5-acre minimum plot size – a help to small growers – and allow for state-approved lab testing of hemp that is to be used for human consumption. Thomason said he will now be able to have an outside lab test his product, rather than the state, saving him about $1,500. 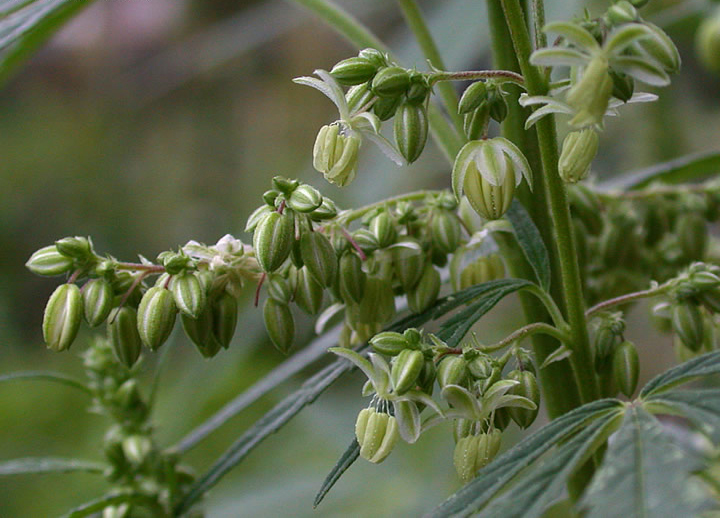