Oregon - Forum For Dispensary Owners Planned For Later This Month

The owner of a Southeast Portland medical marijuana dispensary has organized a forum later this month for the state's dispensary owners to discuss challenges and business practices, and to talk with state officials about the medical marijuana program. The daylong event will be held June 28 at at the River's Edge CafÃ©, 200 S.W. Market St. Organizer Brad Zusman, owner of Canna-Daddy's Wellness Center at 16955 S.E. Division St., said the forum will give dispensary owners a chance to network and share their concerns with state officials. Zusman sent invitations to state-registered dispensaries; most, he said, accepted. He expects between 80 and 120 dispensary representatives to attend. Tom Burns, director of the state's medical marijuana dispensary program, will be on hand to answer questions.

Burns is a familiar face to dispensary owners. He's spoken at industry forums and personally responds to inquiries made to the state about the program and how it works. "He's answering them individually, not just the registered dispensaries, but he has been on top of answering the public's questions in general," said Karynn Fish, a spokeswoman for the program. Zusman, 48, attributes the strong interest in part to concerns about the consistency and quality of state-mandated lab testing and the lack of regulation and standards for marijuana-infused edible products, such as candies, baked goods and drinks.

Though Oregon's medical marijuana retail industry has flourished in recent years, it wasn't until March that the state officially recognized dispensaries. The Legislature last year passed a law creating a dispensary registry, and the industry is now governed by rules spelling out security and record-keeping requirements. Also, dispensaries are subject to annual impromptu inspections by regulators. So far, the Oregon Health Authority, which oversees the dispensary program, has issued licenses, including provisional ones, to 189 establishments, 88 of them in Portland.

Zusman's shop has been open for about a year. A former medical marijuana grower, Zusman offers marijuana produced by about 40 growers. On Thursday, he offered 70 strains of cannabis, all but two of them grown indoors. Prices range from $100 to $250 an ounce. Zusman said each lab testing company handles marijuana differently, as well as having different protocols and approaches to packaging. As for infused-products, Zusman, who makes his own line of infused sweet and savory foods, wants to see the state-mandated testing of finished products. He'd also like to see state-mandated THC limits on each edible. He said owners of dispensaries should unite to share their concerns and press for continued refinement of the rules. "If we don't come together, everyone else is going to dictate how we do business," he said. 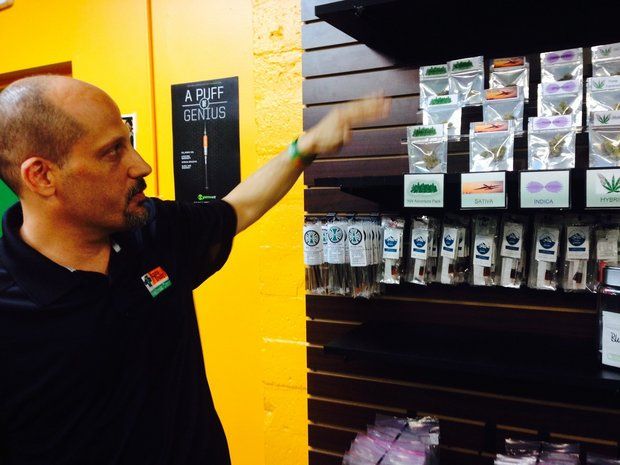 This is what is needed. Communication between dispensaries and state officials combined keeps the wheels turning in the right direction. It is when communication breaks down things seem to go south. I think all the dispensary's communication with each other is a huge factor also. This will help immensely to standardize this business. I like Brad Zusman thinking, he gets the big picture and seems to have an astute business mind.