Salem - A group of Oregon hemp growers and residents who want to grow next year asked state regulators at a hearing Wednesday to clear roadblocks preventing the industry from thriving here while it's flourishing in other states.

But it's clear that in order to get the type of change they're looking for, hemp advocates must go through the Legislature for help. And that's what a new hemp organization plans to do.

"Right now, the biggest changes to the legislation that we need is regarding greenhouses and propagation freedom," said Courtney Moran, a Portland attorney who is organizing the group. "This is the only crop in Oregon that you cannot grow in a greenhouse or use cuttings or clone."

The Oregon Department of Justice said in September that because the 2009 state law legalizing hemp didn't include the word "greenhouse," and because greenhouse isn't in the dictionary definition of "field," hemp farmers can't grow the plant indoors.

The new association, made up of any hemp farmer or prospective farmers, has asked Rep. Carl Wilson, R-Grants Pass, and other lawmakers for help with five goals it says would lead to far more acres harvested in Oregon in 2016.

In addition to explicitly allowing growing techniques that are used to grow hemp's psychoactive cousin, marijuana, the group will also ask for stringent testing requirements for hemp products that are intended for human consumption.

Around 30 advocates met for what was billed by the Oregon Department of Agriculture as a discussion of current state laws and the restrictions that it says prevent a less-regulated hemp market.

The Legislature voted to legalize hemp in 2009, five years before Congress included language in the 2014 farm bill authorizing states to allow hemp farmers to grow with impunity from federal law enforcement. Because it contains trace amounts of THC, the psychoactive ingredient in marijuana, hemp remains illegal federally.

But the new rules didn't follow the legal framework laid out by Congress, and farmers were left to find seeds on their own. Hemp seeds that can be planted are still illegal federally without a specific permit from the Drug Enforcement Administration unless farmers operate under a state-run research program, which Oregon never set up.

The 2009 law also didn't lay out that farmers could use growing techniques used in the marijuana industry to promote larger flowers. Within those hemp flowers is a substance that can be highly profitable: cannabidiol, or CBD.

All of Oregon's farmers this year told the state they were growing to produce CBD, which some believe has curative qualities strong enough to treat and even cure cancer. They also conducted research to find out which hemp strains grew best in the region, and they harvested other parts of the plant.

The Department of Agriculture balked after farmers started what resembled marijuana operations more than the large, dense fields of hemp that produce seeds and fiber. The agency told growers for months they weren't following the intent of the 2009 law if they were growing for CBD, before moving in August to put a moratorium on new licenses until 2016.

Agriculture Director Katy Coba was told in a September written opinion by the state Department of Justice that the 2009 law actually did allow CBD production. The opinion also said the agency was wrong to assume fields had to be dense. Coba didn't attend the Wednesday meeting.

Department of Agriculture officials say they are bound by the state and federal laws and can't address all of farmers' concerns. It can make simple adjustments, such as how it conducts testing and when it issues licenses, agency officials told hemp advocates Wednesday.

Farmers were concerned because the agency wrote rules that required it to take 2 pounds of material while testing hemp plants to make sure they weren't over the legal limit of THC of 0.3 percent. Labs only need as much as a few grams to test the plants.

Rep. Peter Buckley, D-Ashland, said he'll put an amendment on a marijuana bill that requires the Department of Agriculture to "follow the guidelines from the 2014 Federal Farm Act." He added that representative Wilson would take the lead on hemp during the 35-day legislative session that begins in February. 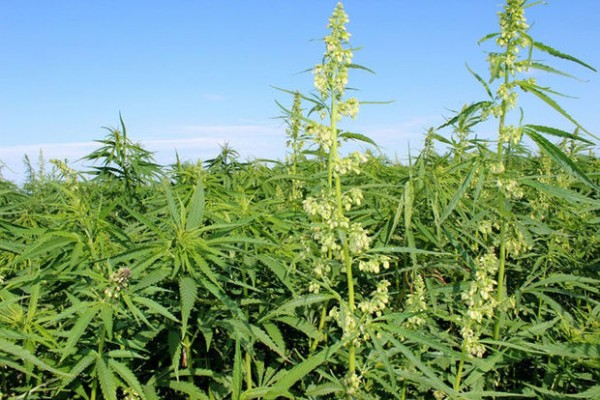