Portland - Oregon voters have spoken on marijuana legalization and now it's time for legislators to have their say.

Though the legislative session starts in February, lawmakers submitted more than a dozen bills this week dealing with marijuana. Many more are anticipated in the coming weeks as the state tries to design a retail market and regulatory system that avoids problems seen in Washington and Colorado, the first states to allow recreational pot use.

Under Measure 91, Oregonians starting in July can possess up to eight ounces of marijuana at home. Retail sales start sometime in 2016 and will be regulated by the Oregon Liquor Control Commission.

In Washington, where retailers began selling the drug in July, high tax rates and an initial supply shortage sent prices to more than three times what people pay on the black market. In Colorado, there have been several cases of people overdosing on high-concentration edibles that look the same as candy and cookies.

The Oregon Legislature has established a joint committee on marijuana (yes, they've heard the jokes) to help put Measure 91 into practice. Hot topics figure to include zoning rules for retailers, whether to allow local taxes on top of state taxes and how to keep pot candy away from kids.

"It's a big job because there are so elements to it," said state Sen. Ginny Burdick, D-Portland, committee co-chair. "There's the regulation, the taxation, the issue of doing of everything we can to shut down the illegal market; then there's medical marijuana. All these issues are converging and we'll just have to deal with all of them."

The tax issue might be the thorniest and could end up in the court system.

The measure approved by voters in November gives the state sole authority to tax marijuana, charging growers at a rate of $35 per ounce of bud, $10 an ounce of leaves and $5 for each immature plant. Many cities, however, preemptively approved sales taxes on pot - either to make money or discourage retailers from doing business there.

Because the measure is not a constitutional amendment, the Legislature has the power to make changes and OK local taxes. But if those taxes boost prices too much, Oregon risks losing sales to street dealers and a commercial advantage over neighboring Washington state.

"I don't think anybody thinks that we want to follow Washington's course and have taxation so high that the black market becomes more attractive," Burdick said.

Another way Oregon wants to differentiate itself from Washington is adequate supply.

On edibles, a battle might emerge over potency and whether to sell them at all. And, if sold, how to keep them away from children.

"We don't want to fall victim to the 'Joe Camel' kind of syndrome in terms of advertising and marketing," said Geoff Sugerman, a lobbyist for the marijuana industry. "But at the same time there is a value, especially on the medical side, to edible products and I don't think we should just throw them out altogether."

Several early bills focus on the safety of children, including:

- Senate Bill 145: Requires medical marijuana facilities and marijuana retailers to post warnings about the effects of pot on pregnant women.

State Sen. Doug Whitsett, R-Klamath Falls, sponsored the Senate school zone bill. He said kids already have easy access to marijuana, and he doesn't want it to get even easier.

When asked for his other concerns with legalized pot, he joked: "Do you have two days?" 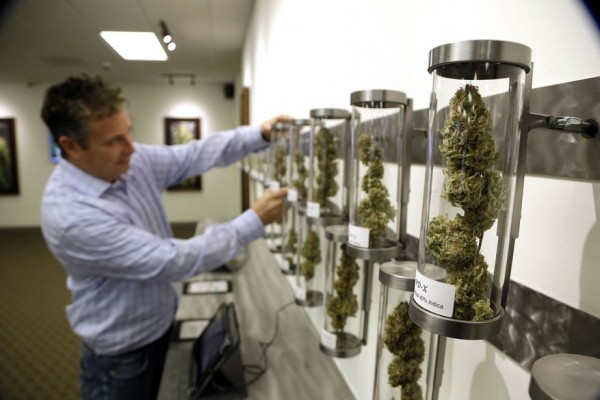 Jacob Redmond said:
When asked for his other concerns with legalized pot, he joked: "Do you have two days?"
Click to expand...


As he poured a double scotch to relax and recite to you the evils of marijuana...