A special committee of lawmakers will hold a key vote tonight on a bill placing new limits on the state's medical marijuana program.

The limits in Senate Bill 844 are designed to stanch a substantial flow of marijuana, ostensibly grown in Oregon for the medical program, to the black market. Lawmakers say preventing that black market "leakage" is essential to setting up the recreational marijuana market that voters approved in November. But some growers and patients in the program have adamantly opposed the bill.

SB 844 includes: limits on the total number of plants allowed per medical marijuana grow site; a mandatory tracking system for most of that marijuana; allowing state health officials to inspect certain grow sites for compliance; and restricting marijuana growing, processing and selling to people who have lived in Oregon for at least two years.

But, while they've reached consensus on many points, lawmakers on the committee are at impasse on several key sections of the bill. They've now been deadlocked for weeks, despite recent efforts from legislative leaders to broker a compromise.

Those disagreements include: when to implement the plant limits for medical marijuana grow sites, and whether to allow cities and counties to ban medical marijuana dispensaries, or retailers, within their jurisdictions.

The committee meeting starts at 5 p.m. 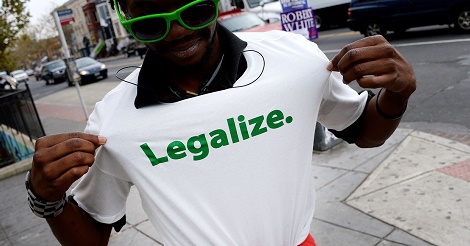