A bipartisan group of Oregon lawmakers joined legislators from across the country on Monday in calling for the federal government to reclassify marijuana so it's no longer a Schedule 1 drug.

If the federal government were to heed the request, it could ease restrictions on cannabis research and banking in states that have legalized the drug. Yet it comes at a time when the U.S. Department of Justice is increasing its scrutiny of states with legal marijuana markets.

Oregon lawmakers have been pushing for the resolution since last year.

"As more states continue to legalize either medical or adult use cannabis, it is imperative that we allow legal cannabis businesses to access the banking system," Oregon Senate Majority Leader Ginny Burdick, D-Portland, said in a statement.

The lawmakers' vote to pass the resolution took place in Boston, at the National Conference of State Legislatures' annual summit.

Senate Minority Leader Ted Ferrioli, R-John Day, was not at the summit but has worked with Burdick to implement Oregon's legal marijuana system in recent years. "We are asking the federal government to remove cannabis from scheduling so that we can forge ahead with life-changing cannabis medical research," Ferrioli said in a statement.

It comes at a time when Oregon and other states that have legalized marijuana face additional scrutiny from the U.S. Department of Justice under Attorney General Jeff Sessions. On July 24, Sessions asked Gov. Kate Brown how she plans to address problems outlined in a report by the Oregon State Police earlier this year, including Oregon's ongoing role exporting marijuana to the black market in other states such as Illinois, Minnesota, New York, Connecticut, Florida, Georgia, Pennsylvania, Wisconsin and Idaho.

Sessions has said a U.S. Department of Justice memorandum issued under President Barack Obama remains valid. That document, known as the Cole memo, reassured states with legal marijuana that federal prosecutors would focus on drug trafficking and other priorities, as long as the states thoroughly regulated cannabis to prevent it from leaking into the black market.

The attorney general pointed to revelations in the state police report that there is "pervasive illicit cannabis cultivation in the state ... [and] a strong indication that surplus cannabis is not discarded, but is in fact trafficked out-of-state and sold for a huge profit margin."

Sessions also cited other concerns, including a 55 percent increase in marijuana-related emergency room visits from March 2015 through September 2016.

He asked Brown to "please advise as to how Oregon plans to address the serious findings in the Oregon State Police report, including efforts to ensure that all marijuana activity is compliant with state marijuana laws, to combat diversion of marijuana, to protect public health and safety, and to prevent marijuana use by minors." 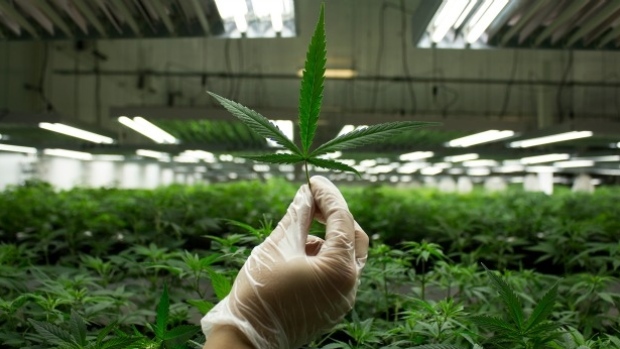 OR: States Try To Track Cannabis Sales As DOJ Clamps Down