Instead of different strains of marijuana, herbs like basil, rosemary and coriander were dispensed from Albany Alternative Health Solutions on Saturday. The operation, located at 820 Pacific Blvd. S.E., had a soft opening on Saturday, so visitors could see security procedures, recording practices and other facets of how a medical marijuana dispensary would operate under Oregon's new rules. Until March, at least, no marijuana will be dispensed from the site. That's the earliest the organization could become a state-certified dispensary. The storefront will remain open until then, however. "If a patient comes in, we'll take care of them," said Greg Bechtel, chief financial officer. "We just won't take care of them here." The Albany City Council, however, is mulling a development code amendment that would prohibit any business that dispenses of a drug in violation of state or federal law.

Bechtel had initially planned to dispense marijuana for free from the site before March, but changed course in hopes of appeasing officials, and remaining, without a doubt, in compliance with the law. "We'll back off in the hopes that they'll back off," Bechtel told a visitor on Saturday. If the council bans dispensaries, "Then we open a tiny little building outside city limits," Bechtel said. "Patients need their safe access," he added. Medical marijuana patient and grower Dan Wood, 55, of Albany, visited the site on Saturday and said he thought the dispensary would be great. "(Medical marijuana) really helps when you're in pain, but a lot of people don't know that," he added. Albany Alternative Health Solutions was scheduled to open last weekend, but that was postponed due to remodeling delays at the site. 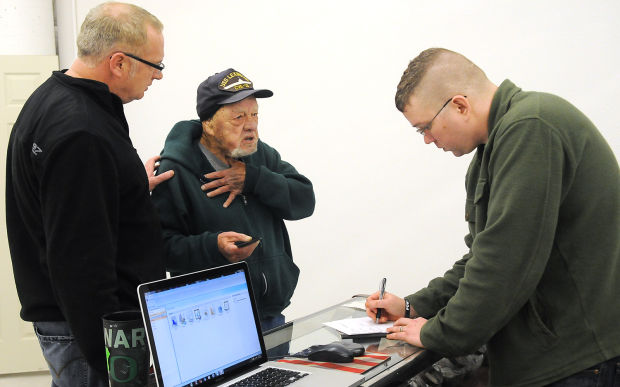 Albany council will never go for it. They are a bunch of I'll informed old timers.

we need to first educate them. A dispensary in Lebanon, only 11 miles from Albany was closed down recently.

the guy should just do a delivery service.
How Perfect Sun Goliath and COB beat 1000w HPS--420 sponsor

Jan 11, 2014
The General
T
R
Medical Marijuana Dispensaries Won't All Be Open By End Of January

OR: Brownsville Dispensary Finds Demand For Marijuana In Small Town