Oregon Marijuana Measure Gets Another $100,000 From Out-Of-State Group Tied To Soros

A proposed marijuana legalization campaign in Oregon has received its third $100,000 contribution in less than two months as the group collects the signatures needed to qualify an initiative for the November ballot. New Approach Oregon, the group sponsoring the marijuana initiative, received $100,000 from Drug Policy Action of New York. That group helped finance the successful legalization measure in Washington state in 2012 and is closely tied to billionaire George Soros, who has reportedly spent $80 million on legalization efforts over the last two decades.

Drug Policy Action last month gave New Approach $100,000. And in March, Henry van Ameringen, the New York heir to a fragrance fortune, gave the same amount. The group needs to collect 87,213 signatures from registered voters to qualify for the ballot. It reported paying its canvassing firm $116,000 this week. Paul Stanford, who owns a chain of medical marijuana clinics, is circulating his own marijuana legalization initiatives. One would constitutionally guarantee the adult right to possess marijuana and the other would regulate production and sale of the drug. 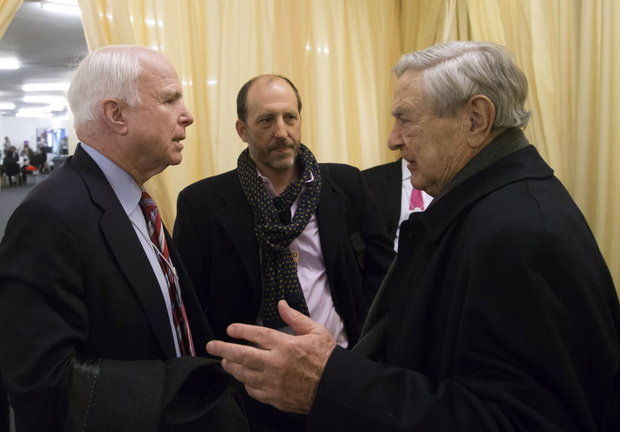