Oregon Attorney General Ellen Rosenblum told the Medford Mail Tribune that medical marijuana isn't a priority for her, though she thinks the law needs to be clarified.

Rosenblum spoke with the newspaper while touring southern Oregon. She said her position on medical marijuana was mischaracterized in the Democratic primary against Dwight Holton, the former U.S. attorney for Oregon.

"It wasn't my issue, I hope you know that," Rosenblum said in an interview Monday with the Mail Tribune. She noted it came up during an early debate at the Eugene City Club between her and her opponent, fellow Democrat Dwight Holton, when the question was asked about medical marijuana.

"(Holton) answered first, and his answer was, you know, 'The law's a train wreck' ... and there were people in the audience who were really apparently upset by his answer," Rosenblum said.

She said hopes to clarify the law, which does not offer patients clear access to medical marijuana.

"I do think that there's a lack of clarity in the law, and it isn't really clear how people are supposed to get access, and that has probably caused part of the problem," she said. 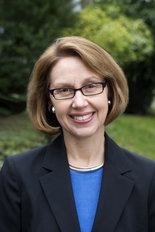