Patients and growers flocked to the Capitol for a meeting of the Legislature's Joint Committee on Implementing Measure 91, arguing that proposed restrictions would do little to stem the flow of pot to the black market, as lawmakers contend.

Instead, they said, the limits would create statewide shortages and make it more difficult for legitimate patients to get their medicine.

"It will fall on the most vulnerable patients who are battling poverty, who will lose their grower," said Anthony Johnson, chief sponsor of the Measure 91 campaign. "I encourage oversight in growing but not to restrict patients' access."

Proposals put forth by members of the legislative committee would limit the number of medical marijuana plants to 24 or 48 plants at each grow site, a change many lawmakers say is necessary to curb the illegal market when recreational sales begin in July. Sen. Ginny Burdick, D-Portland, said the final number will likely be somewhere between her 24-plant limit and the 48-plant one introduced by Rep. Peter Buckley, D-Ashland.

Medical marijuana growers are allowed to grow as many as six plants per patient under current law. Many have gathered enough card carriers to be able to legally cultivate massive crops, which are sometimes diverted out of state.

The Oregonian/OregonLive analysis found the largest farm, in the Josephine County in the community of Selma, serves 104 patients -- all of them in California.

"We are in serious danger if we can't show the federal government that we are preventing marijuana from getting into the black market," Burdick, D-Portland, told the committee Monday.

But many medical marijuana advocates said they're concerned it would do more to harm patients.

"That would lead to a massive shortage," said Lindsey Rinehart, a medical marijuana patient who testified at the hearing. "There is plenty of room for [recreationally grown] marijuana to leak out into the black market."

"As a dispensary, we need to have both licenses," said Jeremy Plum, who operates a dispensary in Southeast Portland. "The reality is we need to be able to serve both populations." 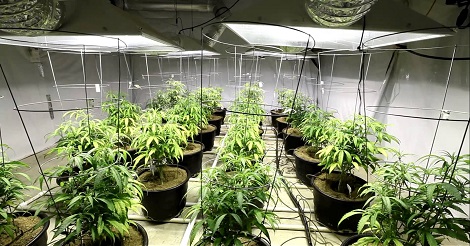