Three controversial marijuana cases are being dismissed after the Grant County Circuit Court judge tossed out evidence from a search last June in Seneca.

The ruling brings an end to the state's case against Joy Maxine Graves, Raymond Martin, and a third man, Kenny Walters, who fled at the start of the case.

The defense attorneys had filed a motion to suppress evidence from the warrantless search, saying Grant County Sheriff Glenn Palmer and a deputy didn't get clear permission to enter the property for the search, and that they entered without knowing whether Martin and Walters were authorized to let them in.

In a letter to the parties this week, Judge William D. Cramer Jr. said the crux of the issue came down to whether law enforcement determined — before entering the property — that Martin and Walters had actual authority to allow police onto the property. Graves, the property owner, was not at the site at the time.

His ruling was that the officers did not verify the men's authority before they went onto the property.

In response, Deputy District Attorney Matt Ipson said his office filed a motion to dismiss all three marijuana cases late Thursday. He said without the evidence from the search, there was no basis to continue the prosecution.

He also said he has no intention of appealing Cramer's ruling on the search evidence.

"I understand and respect Judge Cramer's ruling," Ipson said. "It's time to move on."

Supporters of Graves called it a victory for the right to use cannabis for medicinal and health benefits. In an Internet post, Mindi Griffiths said that even as they awaited the official dismissal by the court, "celebrations have already begun."

The case arose as the legal landscape for marijuana took a significant shift in Oregon, with voters last fall approving a measure to make recreational marijuana legal, expanding on an already robust medical marijuana program.

In this case, however, recreational use was not an issue. Defense attorneys contended the marijuana was a religious sacrament, and Graves testified early on that she is the leader of a branch of a Native American church that uses cannabis in healing rites. 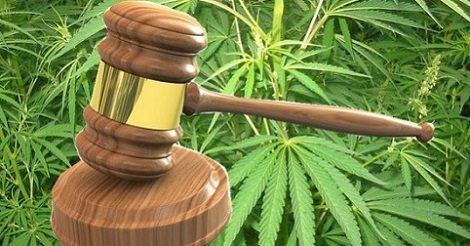