Oregon is on the verge of becoming the first Western state to allow farmers to grow industrial hemp.

Dena Purich, who owns a hemp clothing business, is excited about the possibility that the supply chain is one step closer to her Eugene-based Earthbound Creations.

Purich and her two employees design and assemble men's sports shirts, women's skirts and other garments from hemp that's grown in China.

Enthusiasm for the product also was evident at a three-day Emerald Empire Hempfest, which wrapped up Sunday in Eugene.

Oregon will then become the seventh state to allow farmers to grow hemp, even though the federal government says it's still an illegal crop. 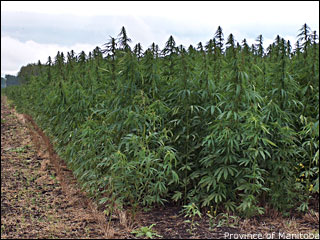 Thanks go out to tead for the article submission.
420 Magazine - Your Best Choice For Cannabis News

amen.
and i have same quote at my social webiste.
other one.
love that quote. it's the best. but i had shorten it bit to fit in there. but it still the same.
love your quote by henry ford.

OR: Local Farmers Hope Hemp Is Next Cash Crop