Burns, who oversaw the implementation of the state's medical marijuana dispensary program and has been instrumental in launching efforts to establish a recreational market, confirmed his termination in an interview with The Oregonian/OregonLive Thursday afternoon.

He declined to comment further, referring questions to Steven Marks, the OLCC's executive director. Marks could not be reached immediately for comment. The liquor control commission's chairman, Rob Patridge, declined to comment on Burns' firing, calling it a "personnel matter."

Will Higlin, the agency's director of licensing, will assume the job's duties until a permanent replacement is named.

The agency also announced that Burns' departure will not affect the timeline for drafting rules for a regulated recreational marijuana industry.

Sen. Ginny Burdick, D-Portland, who co-chairs the House-Senate committee on implementing Oregon's new recreational marijuana law said she was shocked and disappointed by the news of Burns' ouster.

"I don't know how we're going to get through this without him," Burdick said. "He's the most knowledgeable person on marijuana policy in the state. It's a real shock. ... It's going to be a real loss to the legislative effort."

Despite her upset, Burdick said there was little legislators could or should do about the decision by Marks, the OLCC director.

"We don't do hiring and firing," Burdick said. "It's pretty perilous [for legislators] to get involved in personnel matters."

"Wow," said Anthony Taylor, who leads Compassionate Oregon, a group that advocates for medical marijuana patients. He said Burns worked hard to build consensus as director of the dispensary program.

"His ability to interface with the Legislature, and being able to lay out a case for what we are trying to accomplish here, was pretty good," Taylor said.

Rob Bovett, legal counsel for the Association of Oregon Counties, was speechless upon hearing of Burns' ouster. Bovett, a former prosecutor, worked with Burns on implementing the state's dispensary program.

"Are you serious?" he asked a reporter for The Oregonian/OregonLive.

After 18 months overseeing the dispensary program, Burns, 61, was named in December as director of marijuana programs. It was his job to shepherd the complex rule-making process that will guide how marijuana is produced, taxed and sold in Oregon.

The timeline is tight. By law, new rules for the industry must be in place by late 2015 and the state must begin accepting applications for growers, processors and retailers by January 2016.

As a longtime lobbyist before coming to Oregon, Burns was widely viewed as having the policy chops and personality to deal with, not only lawmakers but marijuana growers and retailers.

But Burns could also be outspoken on marijuana policy, something that two sources close to the situation said irritated Patridge, the OLCC chairman. There was "a bad personality conflict there," said one source, who was not authorized to speak for attribution.

When asked about the relationship between Burns and Patridge, OLCC spokesman Tom Towslee said, "I will tell you this has nothing to do with a personality conflict." He said such a suggestion is "conjecture."

Rep. Ann Lininger, D-Lake Oswego, the other co-chair of the marijuana committee said she also saw Burns as a valuable figure in crafting the state's marijuana policy.

"I think people on our committee relied on his knowledge and judgment," she said, noting that Burns had learned a great deal about the issue as head of the state's medical marijuana program.

Before coming to Oregon, Burns spent 17 years in California government, working as a longtime policy advisor to Republican state lawmakers. In 1990, he left to take a job as a lobbyist for the pharmaceutical industry, eventually becoming vice president for state government affairs for GlaxoSmithKline.

Burns eventually landed at the Oregon Health Authority, where he oversaw the state's pharmacy programs. 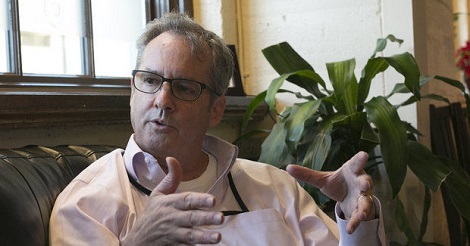