A national nonprofit advocacy group supporting legal access to medical marijuana has petitioned the U.S. Justice Department to require drug enforcers to correct allegedly false and misleading information about cannabis use on its website.

Americans for Safe Access, represented pro bono by Orrick, Herrington & Sutcliffe, cites 25 alleged violations by the U.S. Drug Enforcement Administration of the Information Quality Act. The law, also known as the Data Quality Act, requires federal agencies to draft guidelines that ensure the "quality, objectivity, utility and integrity of information" that they distribute and to provide a mechanism to correct any misinformation.

"We have taken this action to stop the DEA's relentless campaign of misinformation about the health risks of medical cannabis in its tracks," said Vickie Feeman of Orrick, a Silicon Valley partner who's pro bono counsel to the nonprofit petitioners. "We're hoping this is a very straightforward petition. We're going after specific statements they themselves have said in recent reports are wrong."

A representative of the DEA did not immediately comment Monday on the petition. Under the Justice Department's guidelines, the department has 60 days to respond to the petition.

The petition states that the DEA continues "to disseminate certain statements about the health risks of medical cannabis use that have been incontrovertibly refuted by the DEA itself." The petition pointed to statements the agency recently made in its refusal to reschedule marijuana to a lower classification of controlled substances. The petition contends "the DEA's recent statements confirm scientific facts about medical cannabis that have long been accepted by a majority of the scientific community."

Among the alleged DEA misstatements that are challenged in the petition: "Evidence of the damage to mental health caused by cannabis use - from loss of concentration to paranoia, aggressiveness and outright psychosis - is mounting and cannot be ignored."

In its recent refusal reclassify marijuana, the agency said: "At present, the available data do not suggest a causative link between marijuana use and the development of psychosis." And also: "Numerous large, longitudinal studies show that subjects who used marijuana do not have a greater incidence of psychotic diagnoses compared to those who do not use marijuana."

Americans for Safe Access states in its petition that members of Congress are using DEA's inaccurate information to inform their votes on recent legislation, including the Compassionate Access, Research Expansion, and Respect States. The bill would protect patient access to medical cannabis in states with existing medical cannabis programs from federal intervention. And it would also would also reschedule marijuana, easing restrictions on medical and scientific research of the substance.

The Information Quality Act's requirements govern nearly all federal agencies and are enforced by the office of information and regulatory affairs within the Office of Management and Budget.

"We are simply taking the DEA's own statements, which confirm scientific facts about medical cannabis, and analysis that has long been accepted by a majority of the scientific community," said Steph Sherer, executive director of Americans for Safe Access, in a statement. "Our request is simple: the DEA must change its public information to better comport with its own expressed views, so that Congress has access to the appropriate tools to make informed decisions about public health." 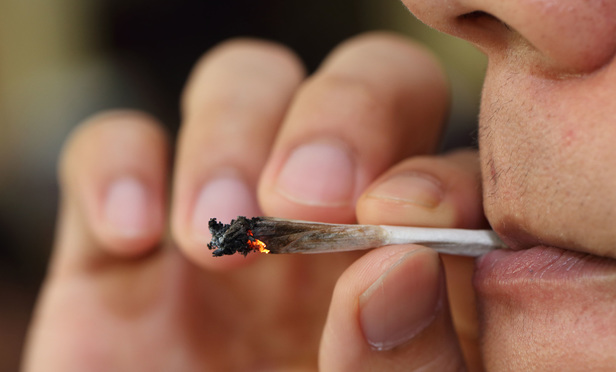