Well my friends,,, not to get off the subject of farts burners? But I'm kind of cleaning up the back 40 for Miss J to have a BBQ and porker games for her Birthing-day?? I almost always use this day as an excuse to go to the further north Indian casinos,,, the ones that have fireworks,,,,,,, But times been tuff and money short so I haven't had the extra to really spend 3-4 hundred on fireworks... So she'll have to settle for hamburgers and brats with friends and family,,, and finally opening the pool????? Besides,, she already spent 2-300$ on solar LED lights to blast an almost dead jap maple tree out back.. It makes her happy......... Well my last call,,, time for Riddicks morning shot.............

Have a great day Woody and Miss-J.

tell miss j we all said have a happy birthday

Best of B-day wishes to miss J
Dynamos Primrose Path
Face piles of trials with smiles, Moody Blues-Graeme Edge
Doing is not hard work and being is not lazy

well seeing I had to stay sober to help keep the drunks in line??? Naw imagine that,,, but I did have to do afew honey dew's and we did get the pool opened,,, eat well.. I stayed sober,, my homie? not so much. But he ate well..
But hell.. Tonight I just got done with the fencing around the pool.. Well, almost.. 85%? We bought some of that 2' garden type 25' rolls of 2x4 vinyl coated shit... And I had a 5, 4 legged plastic shelving units cut in half trned table down,, made 10 double posted fence posts.. These can be cut again if needed. One day I'll show them off in a pic......

But tonight I must make up for yesterday's lackings.........

But all in all was a good day for Miss J I even helped her make a pole so she could put a star ontop our dead jap maple out back....... the one they can see from a satellite.

Nothing new here.. I will have that GMOxCake coming out 1-2? days.. She might be worth a pic or two.. Tall plant... Even to tall for my room.. But once the weight settled in on them branches she leans over right proper under th light........

Good deal on getting the pool opened, too!

BTW, I've got a new "drive-by" location for you (before you get too far behind!

WELCOME TO MR. KRIP'S SPONSORED GROW EXTRAVAGANZA SHOWCASING AWESOME PRODUCTS FROM SOME OF 420 MAGAZINE'S TOP SPONSORS Welcome all to the latest, possibly the biggest, and hopefully soon-to-be the best 420 Magazine Sponsored Grow Journal of all time! :woohoo: In this grow, we're going to be...
www.420magazine.com

Norcaliwood said:
well seeing I had to stay sober to help keep the drunks in line??
Click to expand...

sounds like you had some fun bud!
ORGANIC GROW HERE!!


First off,, the GMOxCake x3 I got going into flower.... These are going to be tall MFer's. I know they will damn near triple in size come harvest time..... Something like Mister BBrown likes to grow, JK @bobrown14 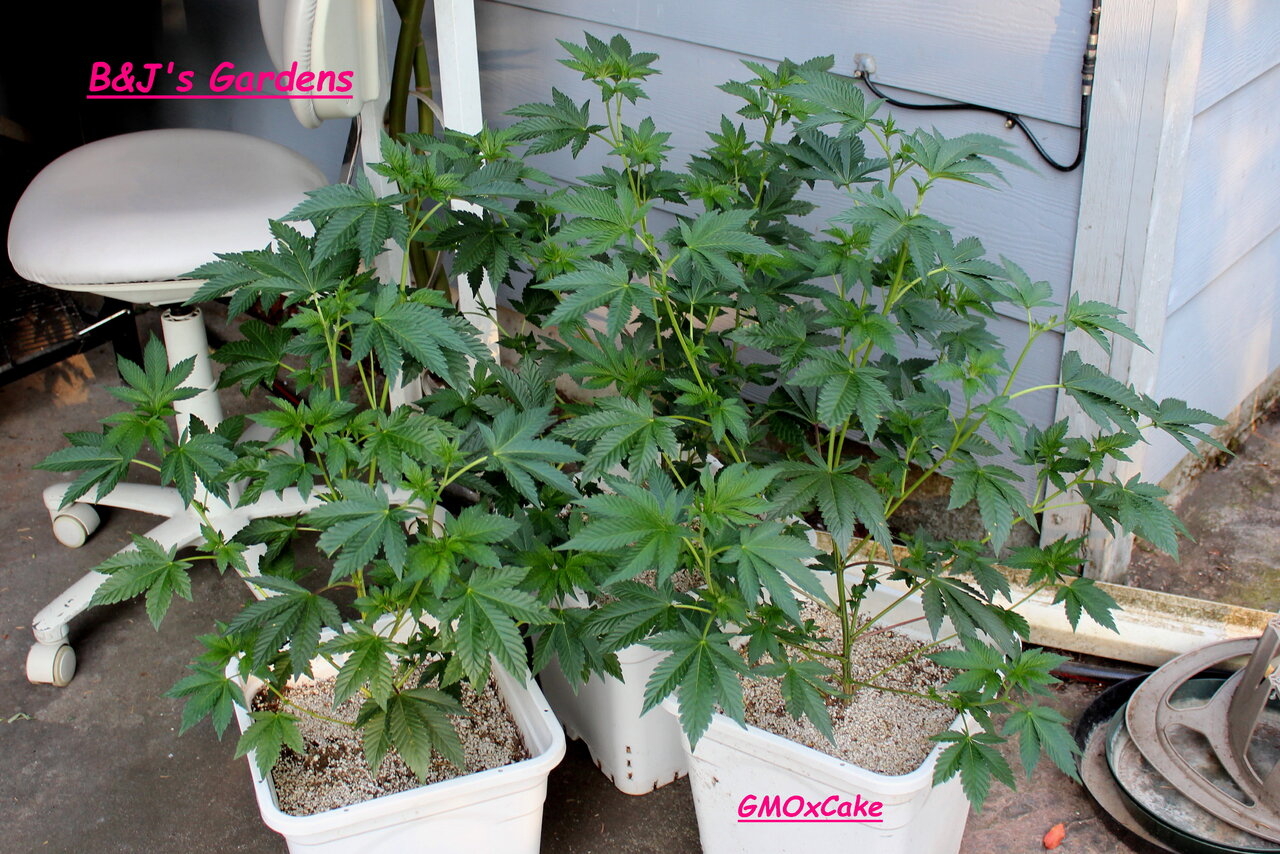 and I have a Cripit out there.. She's going to have to give me at least 3 good cuts for my next rotation. I don't see a problem with that... And the mother,, she'll be permitted to finish outdoors so she'll be a good-sized plant come oct? that other plants? Some auto seed I had.... The three are a GG4 auto and a Purple skunk auto. And the third,, a Frost Factory photo. 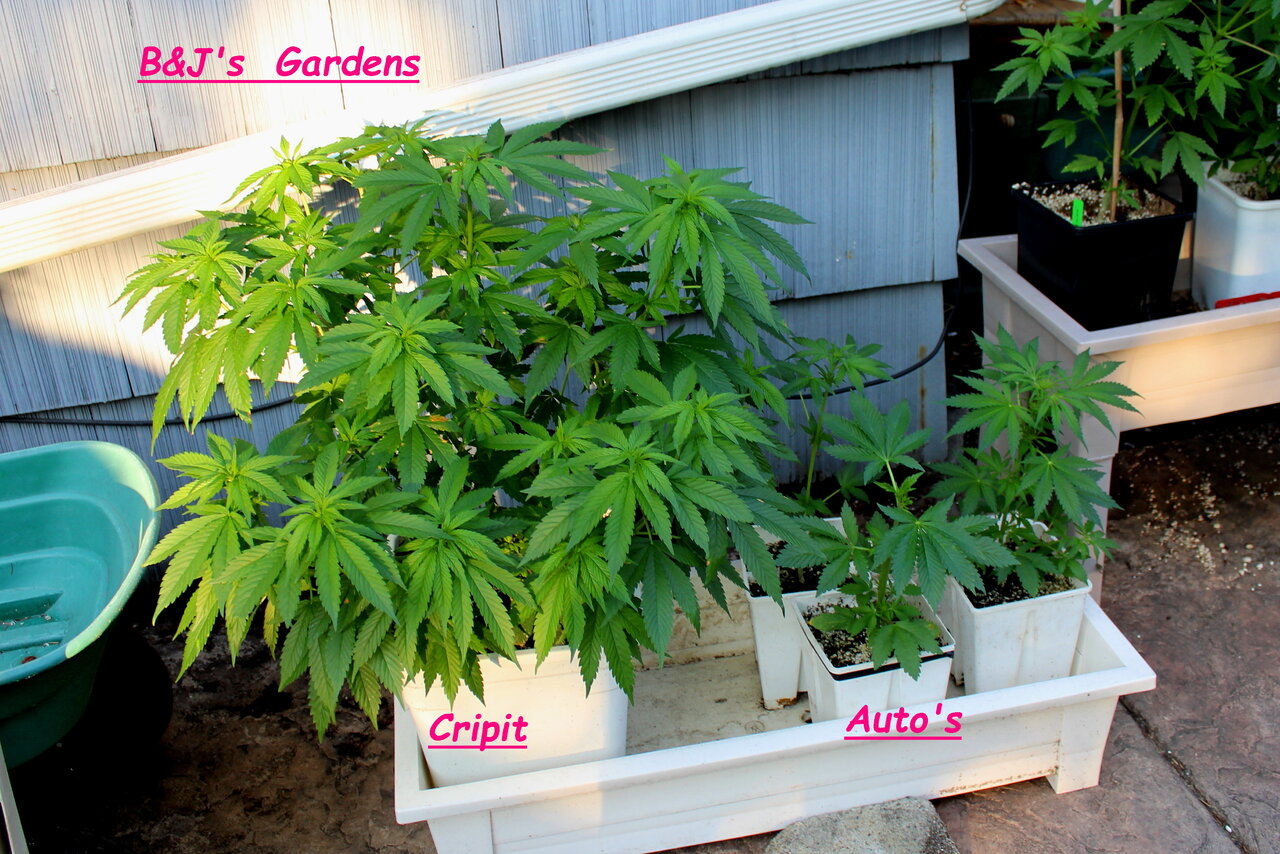 And I have these three also going in hopes of something looking worthy of taking a cut or three off of? 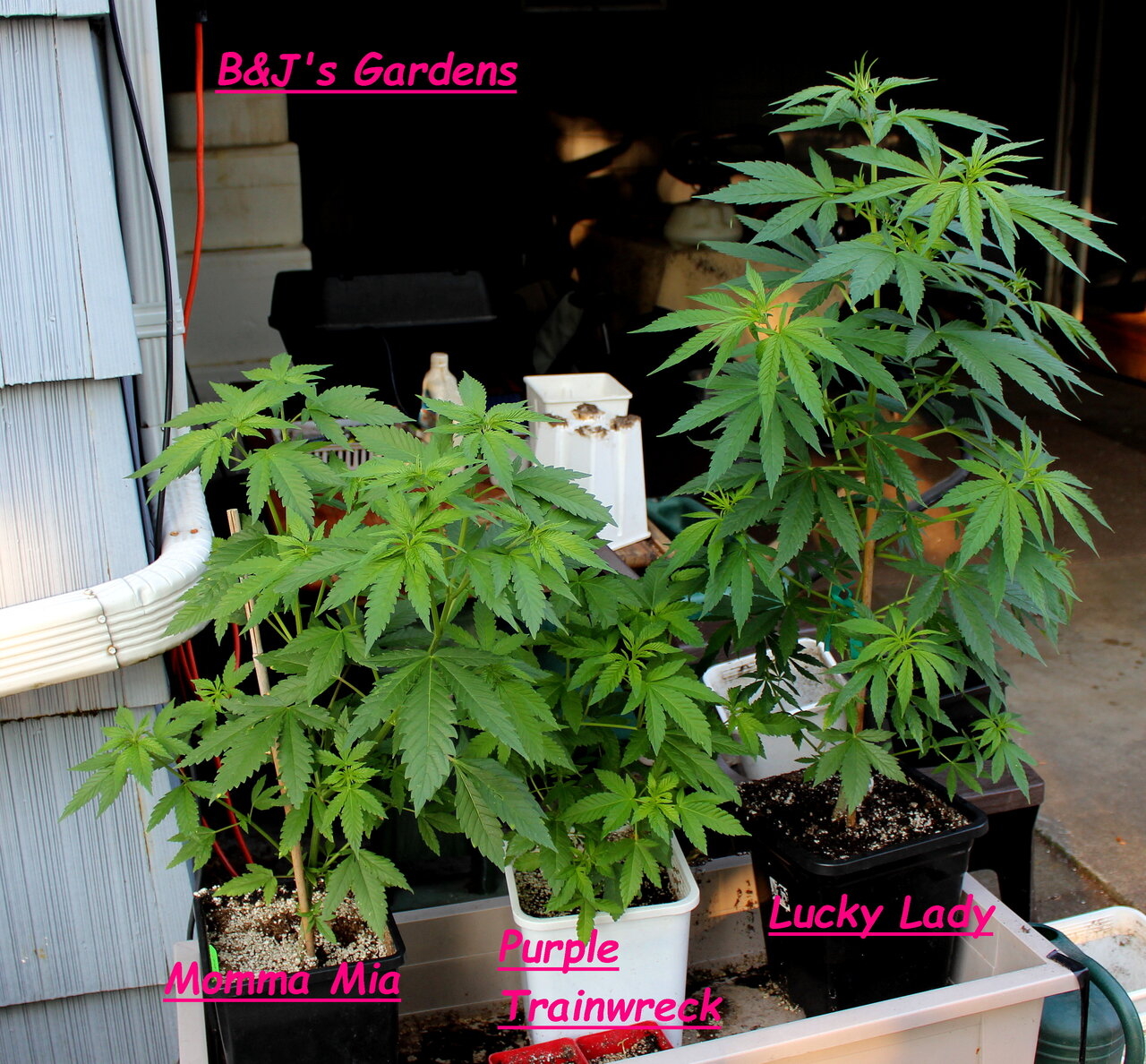 in that tray I also have two sprouts in hopes of another prospective mother? King Gelato? 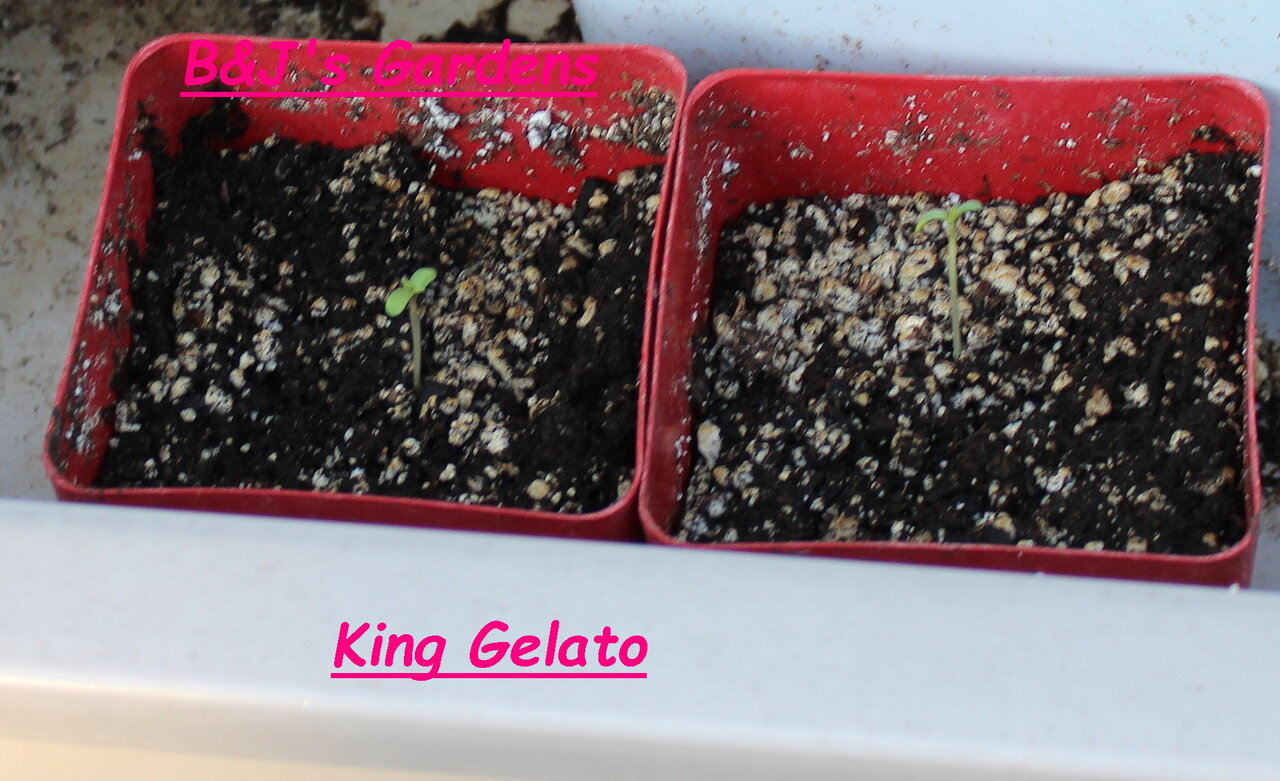 and then I have that one Pup I need a hold me over clone of when I clone the Cripits. Along with a Auto Mazzar plant that is flowering; 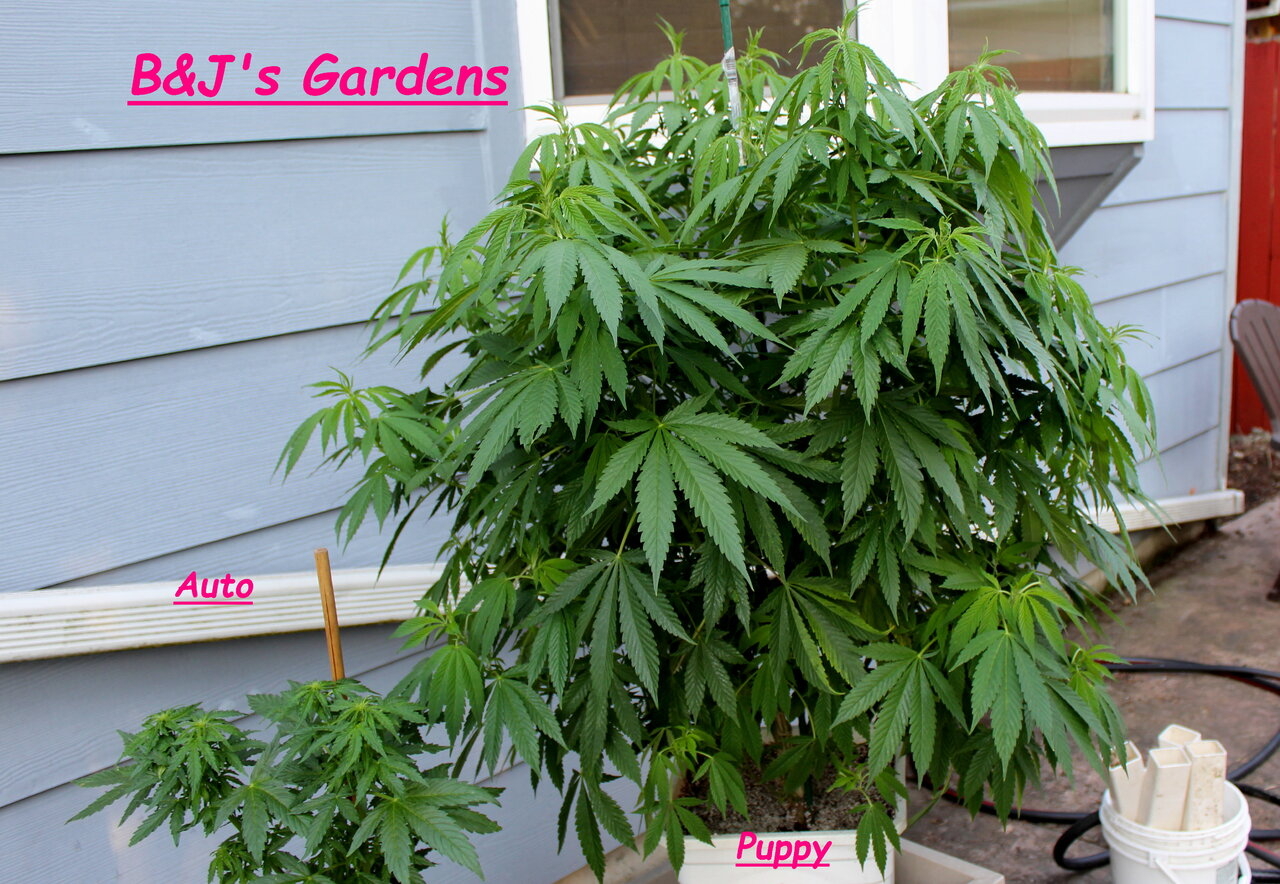 On a different note,, I just looked at the three Pup's I have in flower and found a budworm and a little budworm damage on that plant.... So I'm going to spray with some Captin Jacks tomorrow after lights out.. Funny,, I sprayed the shit outta these plants before I flowered.. Might just be from a moth flying around the house? I used both Safers and Green Cleaner on these 5-6 times before I brang them in.. Either that shit doesn't work on worms,, not that it claims it does,, or like said, an illegal immigrant moth found them because all I see is on one plant? Either way,, I got a jug of that shit just for this reason.. One hitter quitter with that stuff.............

thanks woody were staying home to you have a good one to bud loving your plants!
ORGANIC GROW HERE!!

Happy 4th tomorrow Woody. I'm having a quiet one and not likely to lose any digits.

Happy 4th tomorrow brother! We're going to some friends for BBQ and brews. Enjoy your weekend

well guess I lied. imagine that... Just got back from stocking up on mortars. So is going to be a little noise here to celebrate our Country's Birthday........... The Greatest Country on the face of the earth.

No offense to other Country's. I think we all should have pride in our Country...

Norcaliwood said:
well guess I lied. imagine that... Just got back from stocking up on mortars. So is going to be a little noise here to celebrate our Country's Birthday........... The Greatest Country on the face of the earth.

No offense to other Country's. I think we all should have pride in our Country...

I hope everyone has a safe and enjoyable 4th of July. Get out and enjoy.......
Click to expand...

Happy 4th, Brother! Try not to blow anything up that you don't want blown up!

Man I use to have all the killer fireworks back home.. We use to get 5 and 6" mortars huge rockets, M200's and even evergel C-4 with caps. They still do in afew states.. My boy back in Ind. still gets them.

But now,, I'm just happy to get these 2" ones. I swear to god they sold out 6 pallets full in 5 minutes while I was standing there.. I got the last box of the ones I wanted. There was a line out into the parking lot. If I wood've got there 5 minutes later they wood've all been gone.

I guess the kids around here in Portland are stocked up with the ammo they throw at the cops in these stupid riots..... antifa ammo.

can you imagine this one going off? 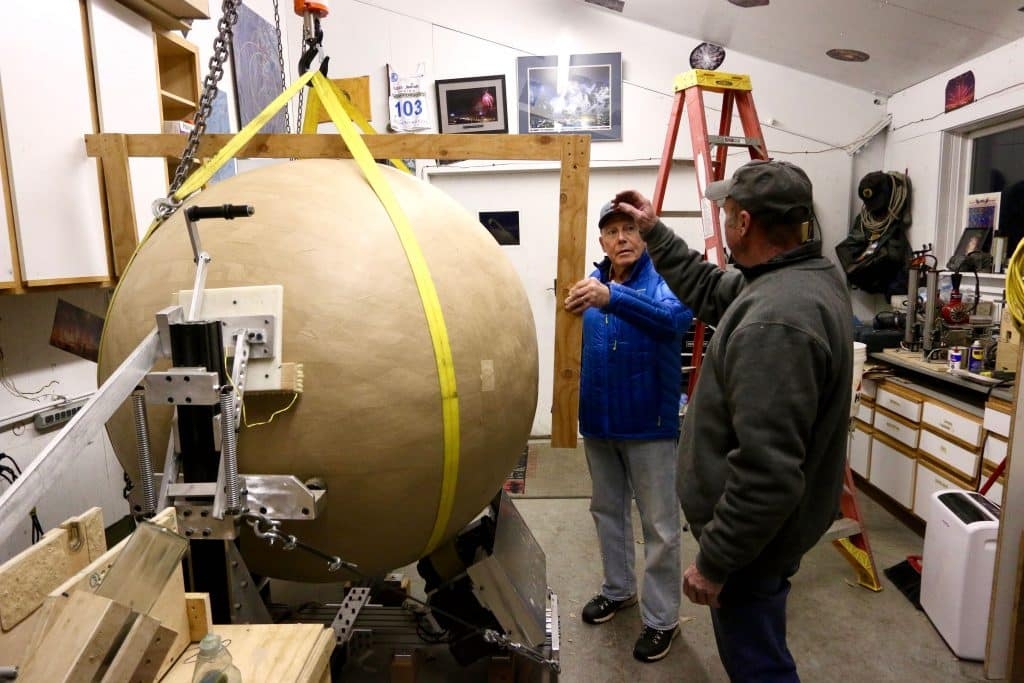 Happy 4th Woody... we just hangin.. be sitting back puffing maybe a sip or 3 and listening to the fireworks. Same as last night. Some of em sound like bombs and we aint that close to anyone.

Its 1/4 mile to my next door neighbor they sounded like in our back yard last night! Couldn't see shit thru the trees. Maybe tonight!
Cottage 420's Organic Perpetual

I raise my Rum and coke to you & the missus woody ( and the butthead) while prepping my bong,
wishing you all the best on this holiday.