A Boise man was arrested Saturday on U.S. Highway 97 near milepost 143 in Oregon when police say they located over 40 pounds of marijuana and marijuana extracts in the man's vehicle.

Oregon State Police from the Bend Area Command stopped a white 2008 Ford Crown Victoria for numerous traffic infractions at 10 p.m. A subsequent investigation revealed the driver purchased the vehicle in La Pine, Oregon 20 minutes earlier and was impaired, according to a press release from the Oregon State Police.

According to the release, a police K9 made a positive alert on the vehicle. A search located over 40 pounds of marijuana and marijuana extracts as well as the driver being in possession of, Xanax, a controlled substance and a concealed handgun.

According to the release, police are also investigating a hit and run crash involving a vehicle Heiner possibly abandoned in La Pine earlier Saturday. 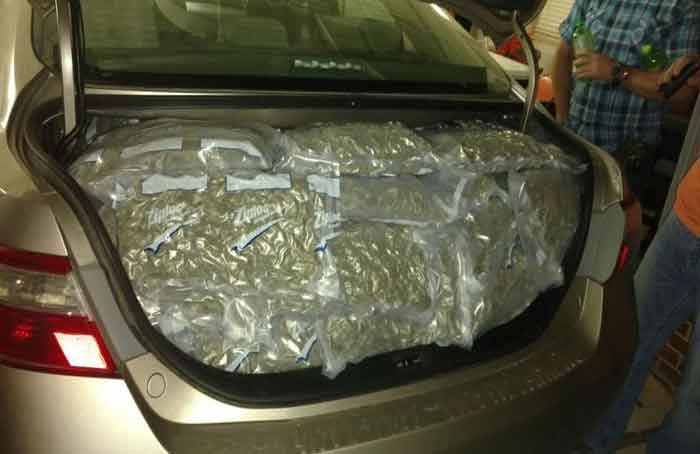