U.S. Attorney Jenny A. Durkan announced today that owners of two different marijuana distribution enterprises pleaded guilty in federal court to drug trafficking, admitting they were selling large quantities of marijuana for profit, in violation of federal and state law.

Brionne Keith Corbray, 47, owner and operator of three G.A.M.E Collectives in White Center, Northeast Seattle and West Seattle pleaded guilty to Conspiracy to Distribute Marijuana. He is scheduled for sentencing by the Honorable Ricardo S. Martinez on November 16, 2012.

Craig Douglas Dieffenbach, 61, and JingJing Mo, 31, owners of Seattle Cannabis Cooperative with locations in the Rainier Valley and Greenwood, pleaded guilty to conspiracy to distribute marijuana and conspiracy to commit money laundering. Dieffenbach and Mo are scheduled for sentencing by Chief Judge Marsha J. Pechman on December 6, 2012.

Both drug distribution companies were identified by law enforcement last October for selling large amounts of marijuana in violation of federal and state law.

Corbray was also alleged to have promoted after-hours parties where both alcohol and marijuana were served. Corbray admits purchasing a 2007 Mercedes Benz E550W for $34,000 cash. The money was drug proceeds and the car is being forfeited to the federal government.

In the plea agreements for Dieffenbach and Mo, each admits operating the marijuana stores for profit, selling pound quantities of marijuana to people who presented no medical authorization card. In her plea agreement, Mo admits offering to sell 25 pounds of marijuana for distribution across the country. The couple also admits laundering funds from the sale of marijuana to pay to modify homes for marijuana production. (KentReporter.com)

According to the facts admitted in Corbray's plea agreement, undercover agents were able to purchase marijuana at his establishments on multiple occasions without a valid medical authorization. At some of the locations agents purchased both hashish and marijuana. At the White Center location, Corbray encouraged customers to consume or smoke marijuana on the premises while also drinking alcohol. (USDOJ press release)

The cases were investigated by the Drug Enforcement Administration and are being prosecuted by Assistant United States Attorney Vince Lombardi. 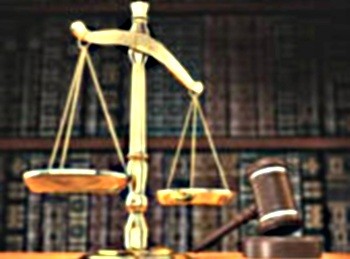