PA: Emmaus Trying To Get A Jump On Medical Marijuana Facilities

Medical marijuana dispensaries can open in Emmaus but don't expect any drive-thru service or deliveries.

That's according to a proposed ordinance being considered by Borough Council, which regulates where the drug can be grown and dispensed in the municipality. The borough started working seriously on the ordinance after Pennsylvania became the 24th state to legalize the use of medical marijuana in April.

Council's haste to get some regulation in place stemmed from inquiries it received not long after the law was enacted, council members said.

"As soon as it was passed we had someone inquire about some of our buildings in the area in regards to having a medical marijuana facility," Councilman Jeff Shubzda said at Monday's council meeting.

"So we're trying to get ahead of this so we can at least control where it's going to go and how it's going to operate," said Council President Brent Labenberg.

On Monday, Borough Council had the first reading of the ordinance. It says that medical marijuana growers and processors, transport vehicle businesses and academic clinical research centers can only be located in a light industrial zoning district. Medical marijuana dispensaries are permitted in districts zoned for limited commercial, highway commercial and light industrial. They are also permitted in central commercial districts but only if granted a special exception by the borough.

In April, Pennsylvania Gov. Tom Wolf signed a bill legalizing medical marijuana, which allowed the growing, transporting and dispensing of marijuana by prescription. The law allows for marijuana-based pills, oils, topical gels, creams and ointments. The plant's active ingredient may also be prescribed in a liquid form for a vaporizer or nebulizer. It can't be prescribed in a form that can be smoked.

In considering an ordinance, Emmaus joins Hanover Township, Northampton County, which approved Monday an ordinance that permits growing operations in industrial or light industrial zones, while dispensaries would be allowed in commercial zones. Neither facility could be within 1,000 feet of a school or day care center. Upper Macungie Township has said it plans to review a similar measure next year.

When Emmaus borough officials first got inquiries about potential businesses opening in the community, they tried to draft a very tough ordinance restricting it, according to borough Manager Shane Pepe. But under guidance from the borough solicitor and Lehigh County, they revised it to comply with the law.

"There's a fine line in what you can and can't regulate, obviously," Pepe said. "We originally wrote this ordinance to really restrict where these facilities can go. After our solicitor reviewed it, the recommendation coming from the county and other places is you have to treat it as if it was a medical facility."

The proposed ordinance requires strict security for growers and processors. The marijuana must be grown indoors in a secure building with an electronic locking system, electronic surveillance and other features mandated by the state Department of Health. They may not be located within 1,000 feet of a school or day care center and they must be surrounded by a solid, non-transparent, 6-foot fence.

Dispensaries also must be located in secure buildings with a "single secure public entrance" to prevent theft. Hours of operation can be no earlier than 8 a.m. and not later than 8 p.m. They must also be a minimum of 1,000 feet from a school or day care center and require a six-foot non-transparent fence.

Medical marijuana transport vehicle services must also be enclosed by a six-foot non-transparent fence and have the same security as a grower/producer or dispensary if the product will be temporarily stored at the facility.

Council approved the first reading of the ordinance 7-0. It will have to pass a final vote at a future meeting. 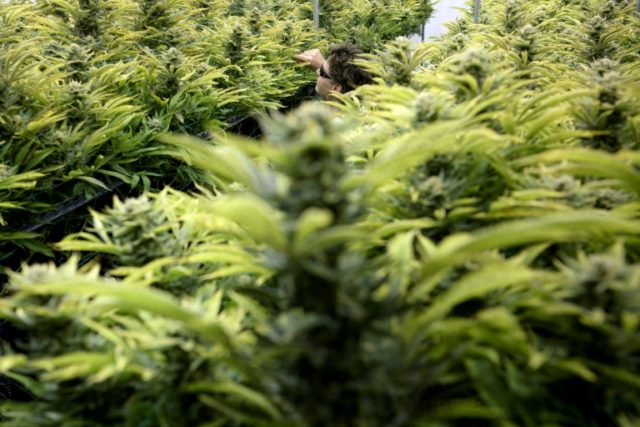