Hellam Township has moved its Feb. 2 meeting from the municipal building to the Hellam Fire Company, anticipating a large crowd for public comments concerning a planned medical marijuana manufacturing center.

A York-based company, Viridis Medicine LLC, wants to build the marijuana facility at 6287 Lincoln Highway, north of the SWF Industrial building. Hellam Township's planning commission has recommended that the board of supervisors approve a permit to allow Viridis to subdivide a property there and build.

At the February meeting, the board will watch a presentation from Viridis and hear comments from township residents, Weibley said. Each speaker is limited to five minutes, per township rules. Supervisors could vote at the meeting or wait to make a decision.

Township resident Deb Grothe isn't necessarily against the medical marijuana facility, but she wants to know more details. "Something that creates jobs and brings business is good, as long as it's well thought out and is done properly."

Grothe, who manages several properties around the township, said the burden is on Viridis to convince the community that the operation won't have negative environmental impacts.

Charles Forry wonders if medical marijuana has the medical value its proponents say it has. The semi-retired Hellam Township man said he's concerned that medical marijuana legalization could lead to increased drug abuse.

Vincent Freeland isn't opposed to medical marijuana. However, Freeland thinks the facility won't benefit most people in the community.

"I think it's something we don't need," Freeland said. 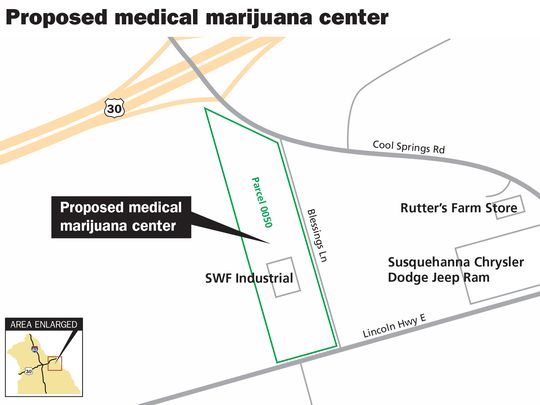 Who Is Behind Medical Marijuana Plans In Central Pa.?