When he threw up, the contents of his stomach flew five feet from his bassinet. He was losing weight.

Doctors prescribed medicine but it didn't work. It took weeks before they identified the problem: pyloric stenosis, the narrowing of the opening from the stomach to the small intestine. This conditions blocks the passage of food, leading to forceful vomiting, dehydration, and weight loss.

Brenden had emergency surgery to correct the problem at age two months, four days. Less than two months later he received a diagnosis of epilepsy. An EKG in a neurologist's office recorded 17 seizures in 30 minutes.

Then came the long ordeal caused by the prescription drugs available to treat Brenden's condition, which came with painful side effects.

First he took Depakote, an anti-epileptic medicine, for a long time. His prescribed dose was so high, he overdosed at one point.

The doctor added Lamictal, another anti-epileptic medicine, but it gave Brenden Stephen-Johnson rash. It turns out the boy is allergic to this medication.

So Brenden continued to take the Depakote alone.The seizures were less frequent than when Brenden didn't take it, but they were still coming.

Brenden also took Keppra, another anti-epileptic drug, for a time. But it caused a side effect known as "Keppra rage." Brenden banged himself in the face so hard, he needed stitches. He threw himself off the couch and off the stairs.

Vanessa searched for the best doctors she could find. She took her son to doctors in Memphis, Tennessee, where Brenden spent one week. He received a battery of tests: an EEG and an MRI, a spinal tap, physical therapy, and even DNA sequencing. Meanwhile, he was having 80 recorded seizures a day.

"This means that he's actually having more than what is recorded," said Vanessa.

Brenden saw more doctors and was placed on Zarontin, on top of the Depakote. Zarontin changed his seizures to include complex partial seizures.

"There are 41 different types of known seizures," said Vanessa.

Brenden wasn't focusing in school. Teachers asked what was going on. The family did not belong to a network that allowed them to see the doctors they believed would help.

His parents were given a rectal medication to administer in case Brenden went into a coma from so many seizures.

His parents were horrified by their length, some lasting an excruciating five minutes. He suffered life-threatening reactions to the drugs that were supposed to help with the seizures.

When Brenden was four years old, he went to the doctor wearing blue glasses. The doctor said to his parents: "Your son is yanking your chain. He thinks he's Elton John."

"How does a four year old fake this?" she asked.

Brenden's parents submitted in a complaint against the doctor.

After many doctors and many failed drugs, Vanessa took matters into her own hands - to get medical marijuana for her son. A doctor suggested it might help. But it's not yet legal in Pennsylvania. The medical marijuana bill is expected to pass, but not until May 2018.

In the meantime, Vanessa was determined to get some.

"I had to see if medical marijuana could make a difference in Brenden's life," she said.

If it might bring relief to her son, she must get it, she decided.

She and a doctor filled out some forms. Their application to the state was successful: if she got the oil elsewhere, she could administer it to Brenden in Pennsylvania. No one else could give it to him.

Vanessa gives Brenden eight drops in the morning, one drop when he returns from school, and eight drops at bedtime. When he needs an extra drop at school, Vanessa drives there and gives it to him. That one tiny drop makes a huge difference in the quality of his life.

There is a Go Fund Me page for Brenden at Help Brenden get his dog & MM by Vanessa Mora Doran - GoFundMe. The money will not only help pay for the marijuana oil but also to obtain a service dog.

Wolfram syndrome affects many systems of the body, including degeneration of the nerves that carry information from his eyes to his brain. Hearing loss is part of the disease.

Vanessa also wants to form a group for parents with children who experience seizures and multiple life-threatening medical conditions. She asks parents to call her at 570-828-4020 so she can get the group started.

She's looking for a friend for Brenden, perhaps a big brother or a mentor for her son.

She welcomes all suggestions. Visit Facebook, either at Friends for Brenden or Vanessa Mora Doran's page. 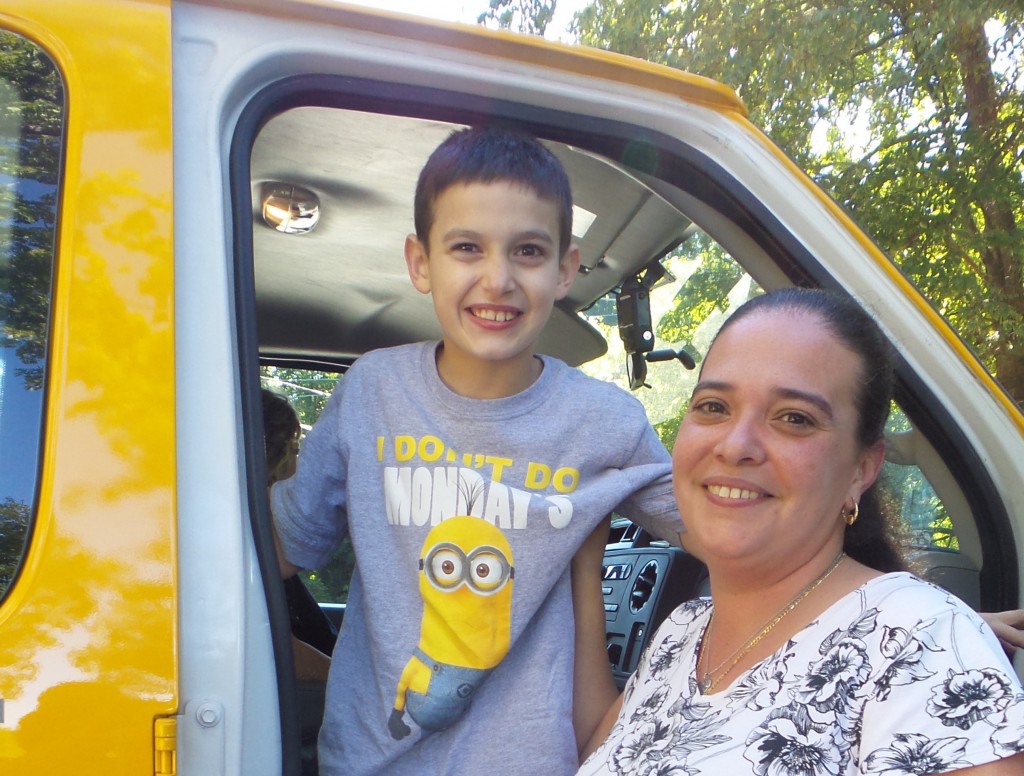