Three companies are applying for permits to operate medical marijuana growing/processing facilities and dispensaries in the Hanover-Adams area.

Pennsylvania's Medical Marijuana Program became effective in May, allowing for four marijuana dispensaries and two processing facilities in each of six regions in the state, as established by the Pennsylvania Department of Health.

Of the six regions created by the state, the Southcentral region encompasses several counties including York and Adams, where several projects have been proposed.

Each of the companies associated with these projects was created solely for the purpose of applying for a marijuana permit.

In Penn Township, a team led by Greg Rochlin – who The Baltimore Sun reported had previously applied for a marijuana facility in Maryland – purchased an existing land development plan for iLera Healthcare from water testing company AquaPhoenix Scientific at 12 Industrial Drive.

AquaPhoenix purchased the land in 2015 to build an approximately 120,000-square foot warehouse and was approved for five years.

Because iLera plans to build a facility for 100,000 square feet within the footprint of the original plan, the company did not need to appear for a public hearing, said Penn Township manager Kristina Rodgers.

iLera representatives presented development plans to the Penn Township board of commissioners at a February public safety meeting. No one from the public was in attendance.

Companies have until mid-March to apply for the permits. If approved, iLera will return to the township to apply for building permits.

iLera is also planning to open marijuana dispensaries in southeastern Pennsylvania, according to materials from its presentation before the township. The Penn location was chosen for the processing facility because of its central location in the state and its access to a diverse workforce.

Adams Compassion Care, a company based out of Gettysburg, formed a local team led by managing partner and local businessman Bill Monahan, along with out-of-state industry experts with five years experience in growing and dispensing marijuana.

The team received local approval from the township, as well as county support of the plans.

"We found a home," said Les Hollis, Adams Compassion Care consultant. "We're not going to try to put a marijuana facility in a place people don't want it."

The facility would be 100,000 square feet, located in the industrial zone of Cumberland Township at 1200 Biglerville Road. At capacity, it would employ 50 to 70 people.

Lebanon Wellness is looking to open the Gettysburg facility – which would be a marijuana dispensary – at 19 Baltimore Street. Gettysburg borough council officials voted 6-1 in February to send a letter to the state verifying the marijuana facility is legally allowed to exist in the old town district as retail.

Council member Susan Naugle cast the lone dissenting vote, citing that she had received calls of concern from constituents about the facility being located in the downtown area.

"(It) can be a hot button issue socially," said Gettysburg manager Charles Gable of the proposed facility. However, he said, "As ordinances are written, staff has no authority to decline."

If approved, the dispensary permit would include three locations in Gettysburg, Lebanon and Altoona. The dispensaries are projected to create 8-12 jobs at each location.

Other businesses in York County have also been seeking approval for dispensary and processor locations. The deadline to apply is March 20. 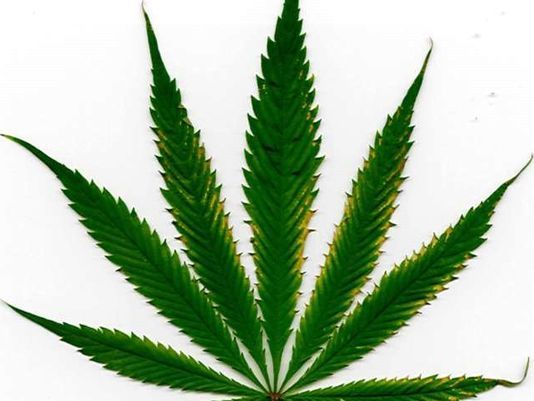