Land development plans for an Alzheimer's facility and medical marijuana dispensary both received a nod of approval from the Upper Dublin Planning Commission Nov. 21.

The planners recommended the board of commissioners approve the plans along with some waivers.

Dresher Care, a one-story, 66-bed facility specializing in Alzheimer's disease patients, is proposed for Dreshertown Road at the upper level entrance to Dreshertown Plaza. The waivers approved were included in a letter from the township engineer in addition to a waiver of nine trees.

The applicant, JEA Senior Living, agreed to put a "no thru traffic" sign at the entrance to the site on Dreshertown Road and ask employees to enter from the shopping center entrance and park in the back.

Township Engineer Tom Fountain, who previously questioned an assessment by an arborist that there were no trees worth saving on the site, said the township's landscape architect agreed with the arborist's assessment and found the plan was "99 percent in compliance with replacement trees."

John Iannozzi, the attorney representing JEA, said the applicant was "providing more trees than it needs to, but would request the waiver."

Cure PA, which plans to raze the long-vacant former gas station building at the corner of Pennsylvania Avenue and Commerce Drive and build a 1,300-square-foot medical marijuana dispensary, was back before the planners with some additional changes to the building.

The "significant changes" to the design, architect Chris Dawson said, include a stone veneer skin as opposed to the original brick, a slate or slate-like tile roof, rather than the originally proposed metal roof, and at the previous strong suggestion of the township engineer, will place the structure on piers. The dimensions of the windows were also changed and shutters added, he said.

Traffic and parking were discussed, concerns echoed by Andrew Goldstein, owner of the car wash next door to the proposed dispensary.

"We see an average of 400 cars a day, 1,000 on busier days," Goldstein said, noting the line to get in can back up, which can cause a problem with the driveways to the two properties being in close proximity. He also wanted to be assured that customers of the dispensary would not park on his property.

"This is the gateway to the industrial park," he said. "I'm not sure this is the best use for that."

"I see the car wash line as more a detriment to the medical marijuana site," UDPC Chair Mike Cover said.

After some discussion, there was an agreement to defer widening of Pennsylvania Avenue, with an agreement on an escrow still to be determined, while existing 4-foot-wide sidewalks will be replaced with 5-foot walks. The planners also want a light standard put in, which Cure would like to defer and may request that of the township board of commissioners.

Cure is required by the state to have the site operating by Dec. 31, but the Department of Health "is aware of what's happening," Andrew Giorgione, an attorney representing Cure PA, said. "We have had to identify other sites, and we have, but we think we can make it work on this site."

Cure PA went before the Zoning Hearing Board Oct. 30 to seek variances regarding a nonconforming use, uses permitted in the floodplain conservation district, and maximum window sill and lintel height in the Fort Washington Village District for the proposed dispensary at 475 W. Pennsylvania Ave. The hearing was continued to Nov. 27.

The planning commission's recommendation to the board comes with the condition that multiple variances are obtained from the Zoning Hearing Board, with deferral of the road widening and drainage improvements and that an emergency evacuation plan be prepared and approved by the township fire marshal. Cure has also agreed to a deed restriction to limit the use to medical marijuana in the event the state approves recreational use. 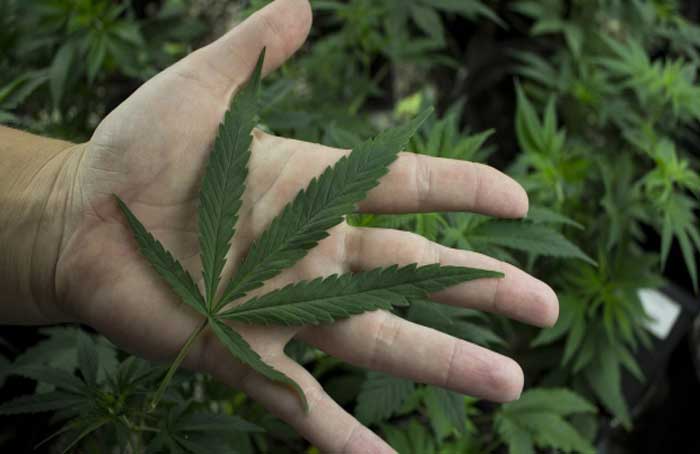