The Wolf administration is threatening to revoke the permit of a politically-connected company which has attempted to sell its license to grow cannabis for $20 million.

In a sternly-worded warning letter dated Oct. 13, John Collins, the director of the Office of Medical Marijuana, called the offer "disturbing ... especially in light of the fact that Franklin Labs is not yet operational as a grower/processor facility."

Collins acknowledged that Franklin Labs had provided a copy of the prospectus and a list of people who had signed nondisclosure agreements before discussing a possible purchase.

In his letter, Collins demanded that Franklin Labs also provide copies of all drafts of the prospectus, a status report describing the company's ability to open by Dec. 20, a list of all the businesses and people who have discussed buying the permit, and all communications related to an attempted sale. The collection of such evidence could indicate that an investigation is underway.

Franklin Labs was one of 12 companies awarded a highly-coveted permit in June to cultivate cannabis and process the plant's oils into medicines. By statute, the growers must commence cultivation by Christmas week. The state Department of Health intends for medical marijuana products to be available to Pennsylvania residents by early 2018.

None of the marijuana permits may be sold or transferred without the approval of the health department and companies can only hold one permit.

John Pohlhaus, the CEO of Franklin Labs, previously told the Inquirer the company expected to be awarded a special clinical research (CR) permit that would ally it with the Lake Erie College of Osteopathic Medicine (LECOM).

There are eight available CR permits, one for each of the state's major health systems. None have yet been awarded. A CR would allow Franklin Labs to not only grow marijuana, it would also give it the right to open six dispensaries anywhere in the state. In addition, as a CR, Franklin Labs would collaborate with LECOM on light research into the effectiveness of certain marijuana strains on patients suffering from any of 17 qualifying conditions.

Neither Pohlhaus nor Hanger were available for comment early Monday afternoon.

Collins, in his outraged rebuke to Franklin Labs, said that the primary objective of the state's medical marijuana law was to "mitigate the suffering of the Commonwealth's most vulnerable citizens – from children to veterans."

"The Act's primary objectives, however, do not include the financial gain of those who are in this fledgling industry. Franklin Labs's pecuniary interests and business ambition cannot – and must not – supersede the needs of those Pennsylvanians who hope that medical marijuana will alleviate the symptoms of serious medical conditions from which they and their loved ones suffer each and every day." 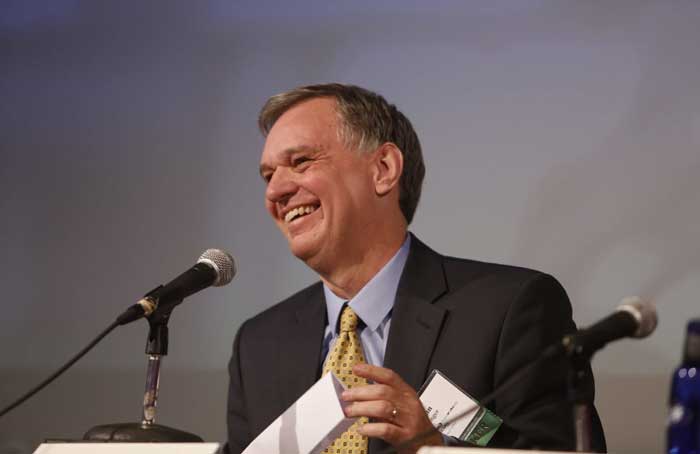