This is my first grow, looking for tips and advice along the way

I started out with regular non feminized papya seeds from buydutchseeds.com


I used the paper towel method leaving them between two paper towels and covering them with a dish in my germination tank w/heated mat..they germinated fine all but 2..I planted them in soaked peat pods and left them to sprout. Once the seedlings sprouted(about a week later) they became too tall for the germination tank..I built A smaller version of a green house out of pvc and sheet plastic. They are about a week old now about 3 inches tall the first two leaves have appeared already and one set of the saraded leaves has come out they aren't too big maybe less then an inch and I'm starting to see the second set pop out from the middle, two days ago I transplanted them from the peat pods to the bigger peat pot size all seem to be doing well except for two one which was the last to germinate and another whom I'm fairly certain is the male(he's the tallest) but it's main stem fell over this morning so I used some glass rocks I had left over from valentines day to put in the pits and support the stem. Do I sound like I'm on the right track im uploading pics as we speak please leave me some feedback
P 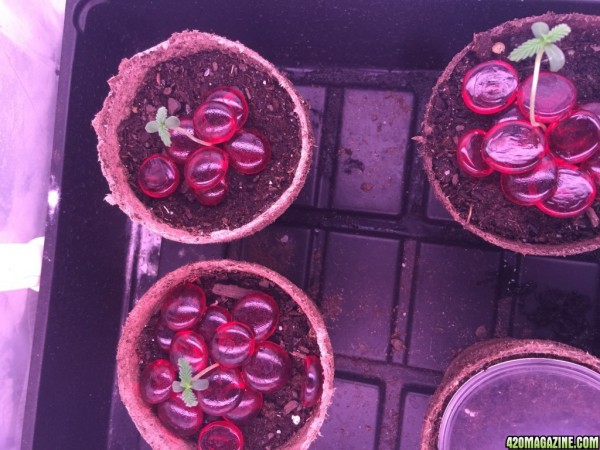 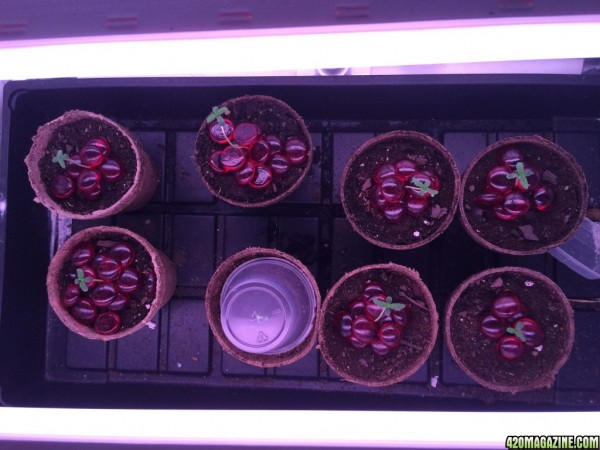 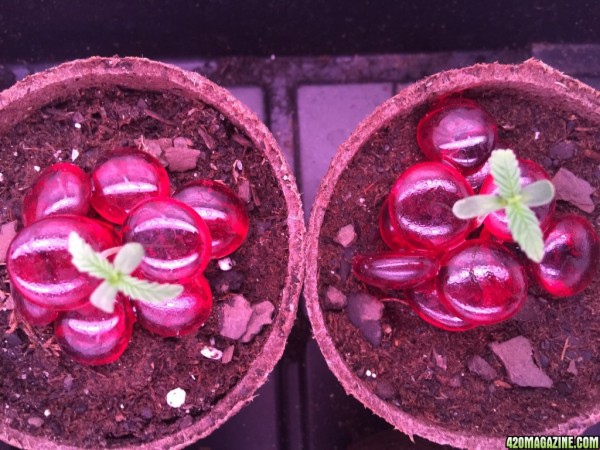