Texas - Jeannie Camp and Michelle Bartlett are two mothers who are hoping cannabis oil might be the treatment that, if it doesn't bring an end to their sons' seizures, could at least reduce the frequency. Providing the best lives possible for their sons is what motivates their advocacy for getting a bill through Texas' upcoming legislative session that would allow for access to cannabis oil with a physician's prescription. Last week, Camp and Bartlett traveled to Austin to speak with the staff of Sen. Roy Fraser, R-Marble Falls. They talked about seizures and the relief their children and others could experience if cannabis oil were legal in Texas.

Cannabis oil is extracted from the cannabis plant. The cannabis oil that many want to have legalized for medical use in Texas would be similar to a strain of marijuana available in Colorado that has less than 1 percent tetrahydrocannabinol, the psychoactive compound in cannabis. The strain has more than 21 percent cannabinoid, a class of diverse compounds that act on receptors in the brain, and is what has an effect on seizures. Camp's belief that cannabis oil might help her sons comes from stories she's heard, articles she's read and documentary films she's seen about cannabis oil and its ability to reduce or eliminate seizures in children with similar medical issues as her sons.

"If my sons could say one word to me, that would be a miracle," she said. "If this could help their cognitive and physical abilities, it would change their world." Camp's sons, Wyatt, 8, and Ayden, 3, have a rare genetic condition that has no name. It's referred to as IQSEC2, the name of the mutated chromosome both boys carry. Bartlett's son, Jacob, 14, has Wolf Hirschorn syndrome, a genetic disorder.

All three boys are developmentally disabled and have seizures. Both Wyatt and Ayden have had multiple brain surgeries, including disabling communication between the right and left hemispheres and preventing the spread of seizures from one side of the brain to the other. Wyatt is scheduled to receive his third vagal nerve stimulator. The VNS wears out because the setting has to be set high to be effective, Camp said. The procedure involves implanting the stimulator, similar to a pacemaker, under the skin of the chest wall. It sends an electrical signal at regular intervals up the vagus nerve to the brain to disrupt the electrical bursts that cause seizures.

Wyatt has eight types of seizures; his younger brother experiences four types. Typically, the more seizures a child has, the longer the episodes last, which increases chances of death and more developmental delays. Jacob has a disorder that results in negative reactions to many of the seizure medications on the market, Bartlett said. He takes Depakote and Keppra "Depakote can damage the liver over time and Jake has been on it for 10 years," she said. Keppra causes behavior problems in some children.

"Those drugs work most of the time, unless he's sick, then he'll still have a break through seizures," Bartlett said. If the cannabis oil works, Jacob's liver won't be damaged and the family could avoid the behaviorial problems, which are more of an issue now that puberty has arrived, she said. Twenty-five states and Washington, D.C., allow patients legal access to medical marijuana. Charlee's Law went into effect June 30 in Utah, allowing parents of children with seizures to possess cannabis oil without fear of prosecution.

The Department of Agriculture and universities grow it, Bartlett said. A resident gets a registration card and a doctor has to prescribe it. "Seizures affect a person's quality of life and cost more money in the long run," she said. "If Jake has to continue on the anti-seizure medications, it will eventually damage his liver, which will result in more medical bills." Some wonder why families don't just go out of state to get the oil and bring it back to their children. That could cause a whole host of problems, Bartlett said. 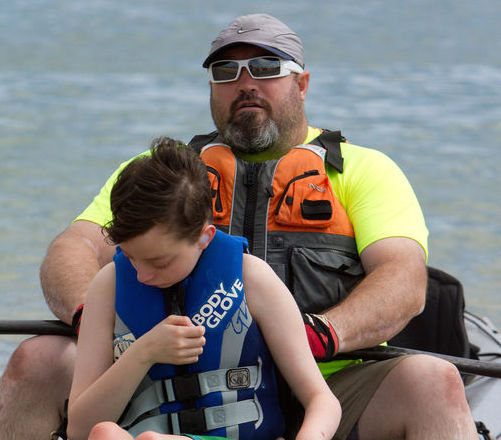