With the fate of a bill that would bring legal medical marijuana to Illinois in his hands, Democratic Gov. Pat Quinn would only go so far as to say he remains "open minded" on the measure in a Monday appearance.

The Associated Press reports that Quinn told the City Club of Chicago on Monday he is currently reviewing the medical marijuana bill the state legislature sent to his desk last week. He would not say whether he plans on signing the measure into law.

Last Friday, the state Senate voted 35-21 in favor of the bill on the heels of an OK from the House.

Among those surprisingly giving the bill a thumbs up was conservative state Sen. Jim Oberweis, an Aurora Republican, who OKed the bill after saying he was "honestly undecided about this" during Senate floor discussion. He later told the Illinois Review blog in an e-mail that he voted in support of the bill because a strong majority of his constituents said they supported the measure in a previous tele-townhall.

The bill also has the support of Illinois Lt. Gov. Sheila Simon in addition to a majority of Illinois voters, according to previous polling, and a coalition of nearly 250 physicians.

All of these factors were among those cited by Chicago magazine's Whet Moser in his conjecturing that it appears "likely" that Quinn will sign the bill. In addition, Moser pointed out "Lisa Madigan's just another word for nothing left to lose," referencing the governor's all-but-confirmed showdown with two Democratic powerhouses that lies ahead in the 2014 election.

The legislation would establish a four-year pilot program during which individuals with serious diseases including cancer, HIV and multiple sclerosis would be able to get a special ID card allowing them to buy limited amounts -- up to two-and-a-half ounces -- of medical marijuana from one of 60 state-licensed dispensaries. 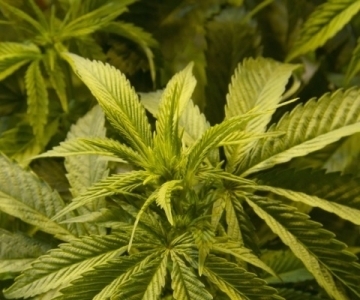