Patients Lose As Cannabis Industry Barters For Zoning In Pennsylvania

A pay-to-play system has developed between state-licensed cannabis operators and municipal governments across the country for local zoning. The same model has quickly materialized in Pennsylvania, and now one town has gone too far.

Muhlenberg Township in Berks County was trying to squeeze a dispensary – Franklin Bioscience LLC – for 5 percent of its annual profits.

The issue was revealed when the Pennsylvania Department of Health released a letter to the Philadelphia Inquirer from medical-marijuana program director John Collins to the company's CEO, Andrew Weiss, allowing the dispensary to relocate after getting pressured for the cash. Collins wrote:

Towns and cities usually offer huge tax breaks and pro-business incentives to lure jobs. Quite the opposite is happening for the cannabis oil operators. But far from being victims, the permit applicants helped create the problem: In the early rush for approval letters and favorable zoning, they made a wide range of promises to local officials.

Ryan Briggs at City and State Pa uncovered dozens of letters supporting deep-pocketed medical marijuana applicants that the Department of Health had failed to make public. Glowing recommendations for prospective cultivators and dispensers were sent by state legislators and county officials from both parties, on government letterhead. Various niceties about applicants were also sent in from universities, private businesses, and even a school district superintendent.

But any promises would only come true if the applicants were winners.

An interesting document unearthed by Briggs also involved Franklin Bioscience LLC. Penned by Delaware Valley University on behalf of Franklin's failed grower/processor application in Doylestown, the communication included a "Letter of Collaboration." The school was upset about the denied permit because Franklin had pledged two annual $2,000 scholarships along with a $50,000 endowment and major strategic contributions.

So, Muhlenberg Township may have been looking to sweeten deals that the company made elsewhere.

The pay-to-play also opens up a new question about the dispensary, TerraVida, that was forced to relocate from East Mount Airy.

Philadelphia City Councilwoman Cindy Bass joined Councilwoman Cherelle Parker in organizing a months-long effort to uproot the medical cannabis oil retail store. Now, Bass and TerraVida are working together to find a new site within the city. The question is: At what price?

PurePenn, one of the 12 growers/processors who won a permit, formed a partnership with the City of McKeesport to create a special "community fund." As noted in an earlier column, PurePenn presented a $50,000 check during a ceremonial groundbreaking in July.

Another grower, Prime Wellness, broke ground in South Heidelberg this week and a $50,000 check was presented to another newly formed community foundation. Prime Wellness had faced some pushback by the community, but that seems to be resolved.

Pennsylvania's marijuana program director John Collins is correct that the cost of greasing all these local wheels will be passed on to patients. That's unfair, considering that most permit holders are folding a Keystone State operation into a much larger business or holding company.

Many of the permit winners proudly promote that they own licensed cannabis operations in multiple states. They flew in from Illinois, Connecticut, Minnesota, and New York waving blank checks from investors. Local millionaires tried to compete by touting their famously deep pockets. Somehow, in the middle of all this money, not a single price menu for patients has been discussed.

Collins has unique powers compared with officials in other states when it comes to controlling the price, but the methods remain unclear. Heavily processed cannabis oil products are skyrocketing in cost compared with the declining price of whole-plant marijuana flowers, which are still banned for Pennsylvania patients.

Health insurance doesn't offset any of the costs associated with medical marijuana, from doctor visits to vape pen cartridges. Patients won't register into the program if they can't afford it. Most of the qualifying conditions are extremely serious, and that means many patients already live on a fixed income.

Given the luxury level of Pennsylvania's cannabis business atmosphere, Collins may need to act early and decisively to rein in a free-for-all on patients' wallets. The spirit of the law, meant to offer compassionate access, is at stake. 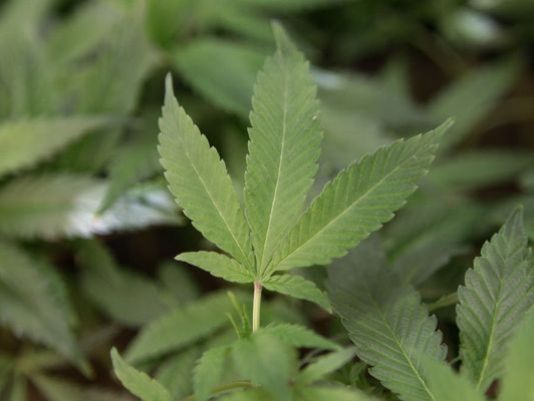