In addition, epilepsy patients who used medical cannabis reported significantly better satisfaction with their overall health, better sleep, and less depression and anxiety versus non-users. They also reported fewer hospital admissions over the previous month, the authors said in a presentation at the the American Psychological Association (APA) annual meeting.

However, many epilepsy patients reported that they did not solicit medical cannabis recommendations from healthcare providers, they added.

The researchers evaluated demographic and health characteristics of users versus non-users, compare how they utilize healthcare services, and evaluate how medical cannabis impacted users' short-term health and well-being.

"No standards exist" to guide people using cannabis safely or therapeutically, Schlienz said, citing the 2017 report from the National Academies. Few studies have evaluated medical cannabis consumer characteristics, and most of those were not representative, the authors noted, adding that little evidence exists regarding the plant's overall safety or efficacy.

Schlienz's group is surveying user and non-users of medical cannabis and cannabinoid therapies online, every 3 months, per its work with the Observational Research Registry, a collaboration with the Colorado-based cannabis advocacy foundation Realm of Caring. They used several tools to measure health outcomes, including the World Health Organization Quality of Life questionnaire, the Numeric Pain Rating Scale, and the Pittsburgh Sleep Quality Index.

The majority of patients used cannabidiol (CBD) products (56.5%), with 4.8% saying they used THC products. The most common health problems for which CBD products were neurological disorders, neuropsychiatric disorders, and chronic pain.

Among the 273 epilepsy patients, 168 reported using medicinal cannabis. Seven in eight consumers had at least a high school diploma, 53% were female, and the mean age was 24. Three-quarters were white. Four in five said they were using cannabis as an adjunct or last-resort treatment.

The authors also found that, among epilepsy patients, 53.4% reported that they did use seek a recommendation from a physician to use medical cannabis.

That's not good," commented co-author Ryan Vandrey, PhD, also of Johns Hopkins. "Allow a physician to monitor the impact [of medical cannabis]. Have an open dialogue," he advised.

Study limitations included a convenience sample, the cross-sectional design, and the fact that caregivers completed surveys on behalf of some patients.

Schlienz and Vandrey noted that policy regarding medicinal cannabis is moving faster than the science. They pointed out that the National Academies sanctioned only three medical uses for cannabis versus 58 treatable conditions endorsed by a combined 29 U.S. states and Washington.

"We are not endorsing medical cannabis use," Vandrey said. "We are recognizing that it's happening." Providers should leverage this "opportunity" to discuss medical cannabis consumption with patients because "patients are doing it anyway."

The authors also pushed for federal and state policy changes to open research into medical cannabis. Many ill patients could benefit from medical cannabis, Schlienz noted, calling for more controlled research to assess the safety, efficacy and patient tolerance related to long-term use. 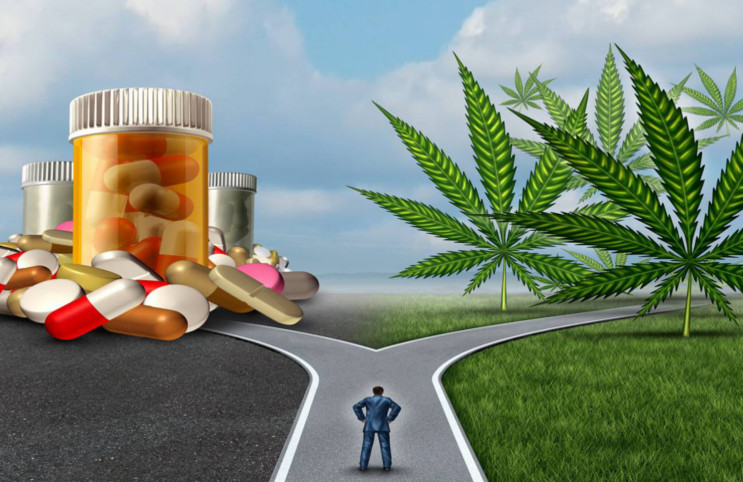