Troopers stopped a 2004 Ford F150 extended cab pick-up truck, with Ohio registration, for a cracked windshield and a following too closely violation on Interstate 70, near milepost 13, in Preble County at 12:10 p.m. Thursday.

Criminal indicators were observed, and troopers could see a large bundle of marijuana in the cab of the truck. A Patrol drug-sniffing canine alerted to the vehicle and a probable cause search revealed 36 bundles of marijuana, weighing 871 pounds, located in the cab and cargo area of the truck.

Montoya was incarcerated in the Preble County Jail. If convicted, he could face up to nine years in prison and a $22,500 fine. 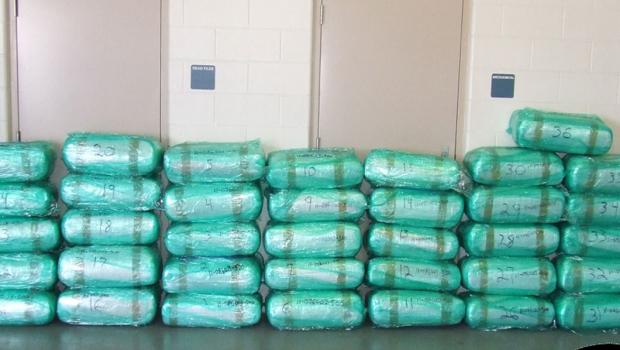 I need all that*
it's not fair, how they hating on good tree
G

almost half a ton of weed and driving with a cracked windsheild.....stupid!
G

He made it all the way from mexico with that and he gets busted for a cracked windshield? damn, poor fella.
R

Great, another illegal alien to take care of.