Even though the new fines assessed range from $250 to $350, the University's position has to remain consistent with federal law. The 5-to-2 vote affects only one of the five boroughs of Penn State's main campus.

"First and foremost, the University must comply with federal law, and under federal law the possession of marijuana remains illegal and constitutes a criminal misdemeanor," Michael DiRaimo, vice president of Office of Government and Community Relations, wrote in a letter to borough council. The letter was received Tuesday, May 31.

DiRaimo wrote that Penn State is required to implement a "drug-free workplace program, which prohibits possession of controlled substances, including marijuana, on property owned, leased or controlled by the University."

Federal financial aid is tied to implementing a program preventing the possession of illicit drugs by students and employees, under the Drug-Free Schools and Communities Act Amendments of 1989, DiRaimo explained.

Penn State must adhere to all federal legislation that prohibits federal contractors and institutions of higher education that receive federal funding from allowing the possession and use of marijuana. The university is at risk of losing research funding and student financial aid if enforcement of any local ordinances that is not in complete alignment with these requirements.

State College Borough's ordinance does not apply to university property. DiRaimo added in his letter that in light of the new ordinance, there is no consistency in law enforcement across Penn State's community.

"As you know, the University Park campus sits within five municipalities and persons charged with possession of marijuana are currently subject to the same penalties without regard to location. If enacted, the new Borough ordinance will treat individuals who are found in possession of marijuana in the Borough differently from those arrested within College, Ferguson, Patton and Benner township jurisdictions," DiRaimo wrote.

DiRaimo said unless there is a change in "federal law addressing the legality of marijuana, an issue on which we do not have a position, the University is unable to consider any enforcement changes."

Luis Rolfo, a former local resident, requested in March 2016 that Council consider an ordinance to enact a civil penalty for marijuana possession, similar to ordinances previously enacted in Pittsburgh and Philadelphia, according to borough documents. It allows the State College Police Department to enforce marijuana violations as an ordinance violation in some cases rather than always filing criminal charges. The discussion moved forward in April, in which Council discussed the Pennsylvania Criminal Code. While borough staff recommended Council to not pass the ordinance because they believed their would be challenges involved in enforcement of the ordinance in the borough, as well as other parts of the Centre region, Council members still voted in favor of the ordinance's passage.

"Once she does," Ergler said, "the change will become effective immediately. There will be a legal advertisement, in compliance with state law, which informs residents in State College Borough of the change." 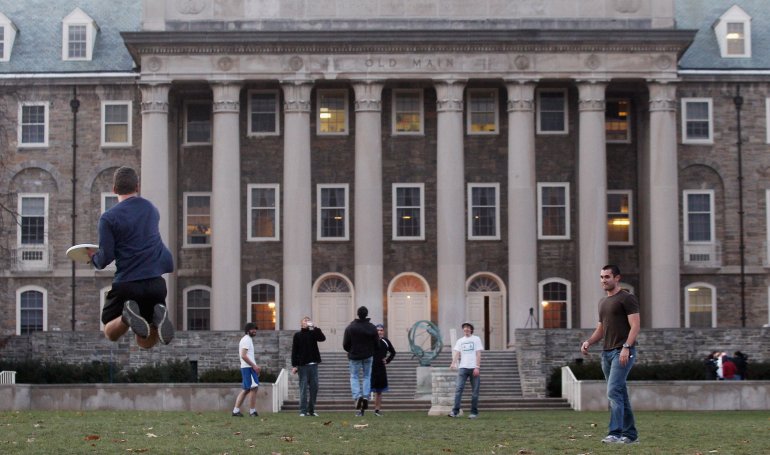