Pennsylvania - Medical Cannabis Gets A Hand From Top House Republican

The state House may not snuff out a medical marijuana legalization plan, after all. A top House Republican is supporting an effort to legalize medical cannabis in Pennsylvania, in the first indication that the opposition of the chamber's majority could thaw. At a rally on the Capitol steps Monday, Rep. Mike Vereb (R-Montgomery) said his change of heart on the issue came after seeing footage of seizure-stricken children whose severe epilepsy could be treated with cannabis.

"As a father of three, I cannot simply look into the eyes of these kids and see that suffering without wanting to help," said Vereb, whose official title is House GOP caucus secretary, though he's been known to act as majority whip on at least one major initiative this session. Vereb's about-face makes him a rare bird in his caucus, the official position of which has been that the federal government should take the lead on allowing medical marijuana in the commonwealth.

"I'm not going to go into this with a sledgehammer approach," said Vereb. "I learned what I learned and come to the conclusion I come. That doesn't mean the entire House Republican caucus is going to flip." Proponents of legalizing marijuana's medicinal use say it could treat a wide range of illnesses, including epilepsy, stress disorders, and diabetes. Even supporters have noted the remarkable speed with which the issue has advanced, from a fringe issue a few years ago to widely supported legislation this year. The measure hasn't passed in either chamber of the Legislature, but it has bipartisan backing in the Senate. Lawmakers are scheduled to be in Harrisburg for just four weeks of voting days before the two-year session comes to a close.

"I think there is going to be a little groundswell within our caucus to at least listen," Vereb said after speaking at the pro-cannabis rally. He was expecting to meet with House Majority Leader Mike Turzai later that day. "I know a number of his constituents will be meeting with him this afternoon," said Vereb. "We'll see where he is." 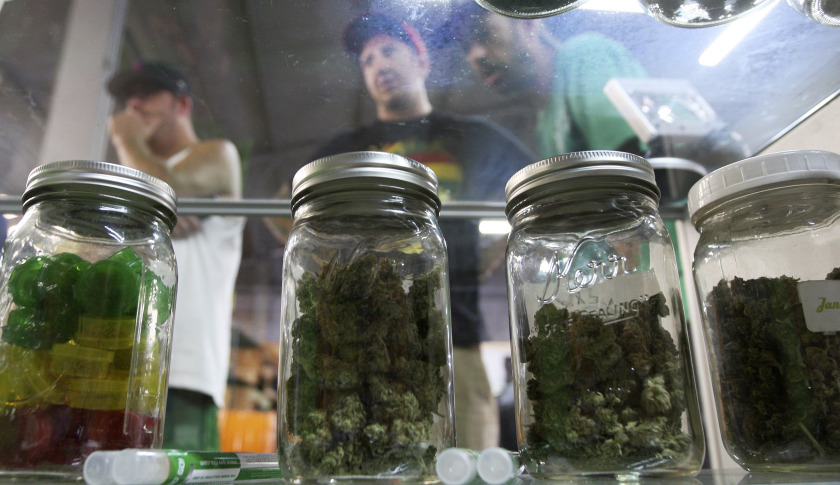