Agriculture Secretary Redding visited Abram Ziegler's farm , one of 14 research projects exploring the economic value and viability of industrial hemp as a marketable crop in Pennsylvania.

"The federal Farm Bill and Governor Wolf's bipartisan work with the General Assembly paved the way for us to explore re-establishing this promising crop in Pennsylvania," said Redding in a prepared release.

"These projects are an important first step toward demonstrating the potential of hemp to boost the vitality of Pennsylvania's agriculture industry." he added.

The hemp grown at Ziegler's farm will be processed into fiber bales and seed cakes for a wide variety of commercial uses, including auto bodies, "hempcrete," animal bedding, and animal feed. Seeds will be pressed into oil at Susquehanna Mills in Montoursville, Lycoming County, for various culinary uses.

The 14 hemp projects were approved under the Industrial Hemp Research Pilot Program, which the department launched in December after Governor Tom Wolf signed Act 92 of 2016. 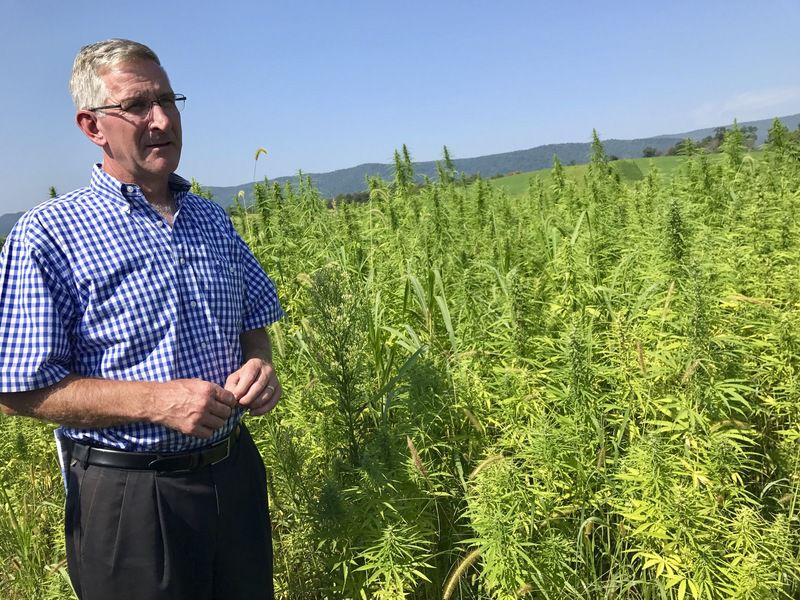