Sunbury, Pa. – Pennsylvania farmers are being invited to participate in a newly developed pilot research program that will contribute toward a better understanding of what could be a new cash crop in the commonwealth and across the country.

"Hemp has a long history here in Pennsylvania, and we believe it holds a promising future," Secretary of Agriculture Russell Redding said. "If we want to realize this crop's full potential, though, we need the benefit of sound research."

Industrial hemp, which derives from the cannabis sativa L. plant, was grown commercially in the United States, including in Pennsylvania, until after World War II, but because of its association with marijuana, governments began to outlaw its cultivation in the mid-20th century.

Industrial hemp and marijuana are different varieties of the same species of plant, but industrial hemp differs because of its low level of tetrahydrocannabinol, or THC, thus it does not produce the same psychoactive effects as marijuana. Fiber, seed and seed-based oils produced under the state's pilot research program must be used exclusively for industrial purposes and must maintain a THC concentration below the 0.3 percent legal threshold.

Pennsylvania joins states like New York and, most recently, Kentucky where farmers and officials are focusing their efforts on the seemingly profitable future of hemp growth and related production.

Under the cost-share program, the Department of Agriculture will award $1,000 to successful hemp research program permit recipients to offset the administrative costs tied to the project.

Grain farmer Ammon Carlyle, of Beavertown, Pennsylvania, is intrigued by the program, about which he knows little. "I looked up 'hemp' online and learned that early in the country's history it was widely grown and was a way that farmers made money. I plan to make an application to join the project." He certainly has the acreage to accommodate the project, he told the Sunbury, Pennsylvania Daily Item Friday night.

Researchers who successfully complete a permitted hemp research project are eligible to apply, as long as the project has been approved by the Department of Agriculture and the researcher has submitted a final report.

Under the Industrial Hemp Pilot Research Program guidelines, a maximum of 30 projects of five acres each will be selected for the 2017 growing season. The department will select the successful projects based on a complete program application and the quality of the research proposal.

The pilot research program follows the state and federal laws that allow industrial hemp to be grown in states where allowed.

The 2014 Farm Bill opened the door to very limited legal growth of industrial hemp as part of agricultural research pilot programs, and earlier this year, Gov. Tom Wolf signed Act 92 to research the potential for economic growth that this crop could bring to the commonwealth.

The deadline for farmers in Pennsylvania to apply for a 2017 PDA Industrial Hemp Research Pilot Program is Jan. 6. Applications will be reviewed, and those applicants who are tentatively approved for research projects will be notified by Feb. 17. Applications for this cost-share program are available through the department's Bureau of Market Development.

Funding for the cost share comes from remaining dollars in the department's Agricultural Research appropriation, Redding explained. The availability of funds to support the cost-share arrangement in future years is subject to appropriated funding. 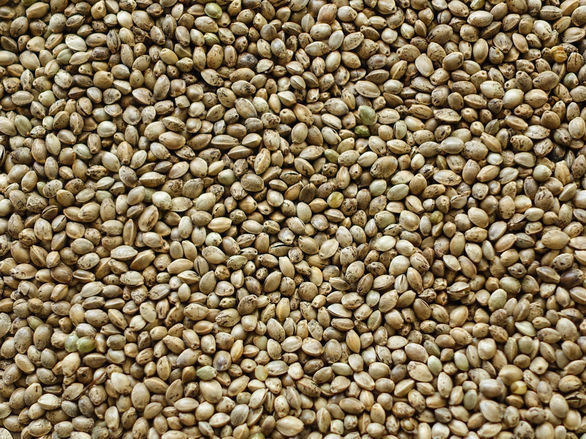