People Are Giving Their Pets Cannabis To Cure Their Illnesses

Sick animals are being fed cannabis-based extracts, ointments and edibles to treat everything from arthritis to anxiety.

But the substances are not regulated and the health benefits have yet to be tested on animals, according to CNN.

Brett Hartmann gives his two dogs, Kallie and Brutus, a dose of liquid cannabis with their meals everyday.
Asked if he is just drugging his dogs, he said: 'I beg to differ. I feel like this is botanical, this is plant medicine.'

Kallie has anxiety and Brutus suffers from chronic pain after a pit bull attack.

'A 13-year-old dachshund, you know, they're going to have a lot more issues with mobility. And you can tell his quality of life is just so much more enjoyable,' he added.

28 states in the US have legalised medicinal marijuana.

Researchers believe the drug can help control epileptic seizures, slow the progression of Alzheimer's disease, and stop some cancers from spreading.

Alison Ettel, founder of marijuana-based treatment TreatWell, encourages the use of her product on animals.
'Honestly, I've seen better results in the animals than I am even in the humans,' she told CNN.

But president of the California Veterinary Medical Association, Ken Pawlowski, claimed the number of dogs falling sick after accidentally ingesting marijuana has spiked in the US.

Ettel insisted her product has fewer chemicals that cause the sensation of being stoned, so it's safer for animals.

People in the US are allowed to give their pets the drug as long as they possess a valid cannabis card, but vets are not legally allowed to prescribe it.

One of the main ingredients in cannabis is cannabidiol (CBD), which is used for medicine. But like other medicinal products, a product license must be obtained before it can be sold in the UK.

Tens of thousands of people in Britain already break the law and use cannabis, according to the All Party Parliamentary Group on Drug Policy Reform.

Ex-Tory Cabinet minister Peter Lilley, and veteran Labour MP Paul Flynn have called for the drug to be legalised in Britain.

But under current laws in England and Wales, cannabis is not recognised as having any therapeutic value.
In December, the Home Office said there are no plans to legalise it. 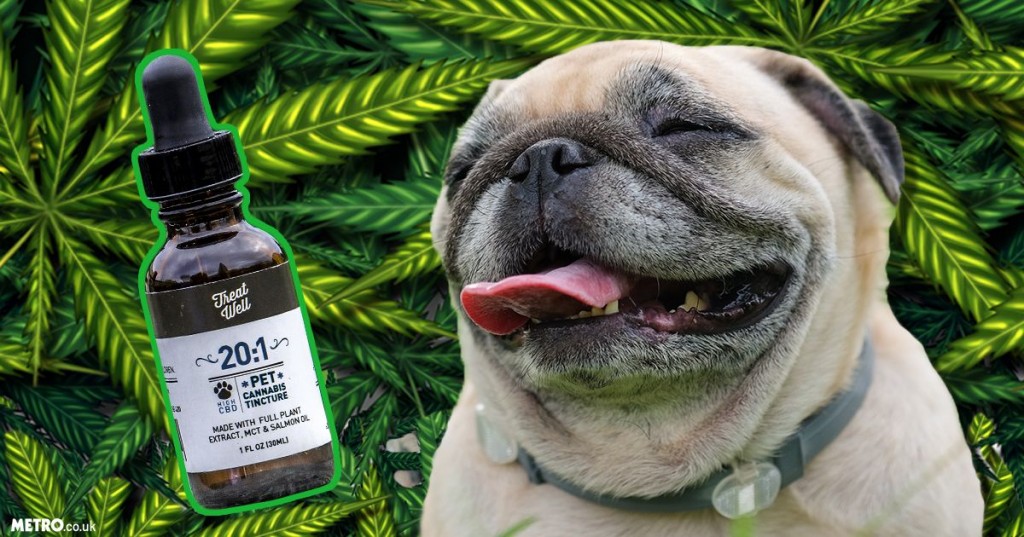