Peoria's Planning and Zoning Commission recently approved permit requests for two medical-marijuana dispensaries, but such facilities are in limbo as the state seeks clarity on whether the voter-approved ballot measure conflicts with federal drug laws.

As Arizona waits for an answer on opening medical-pot facilities, the state health department has issued thousands of patient cards for marijuana use. More than 98 percent of 6,669 applicants were approved as of Wednesday. In Peoria, 169 residents applied for the card.

Peoria requires patients or caregivers to grow medical marijuana in an enclosed, locked facility, such as a room inside a home.

Arizona voters in November approved medical-pot use for cancer patients and those with other debilitating illnesses to get a medical-marijuana card with doctor approval.

The state was scheduled to accept applications for dispensaries and growing facilities in June. Then a letter raised concerns. The U.S. Attorney for Arizona warned the state Health Director of prosecution of prospective pot growers and sellers under federal drug-trafficking laws. The Arizona Attorney General in May filed a lawsuit in federal court to clarify whether Arizona would run afoul of the federal government.

Arizona Natural Selections Patient Center seeks a dispensary near Loop 101, in an area zoned commercial and geared toward retail shops and offices. The applicant estimated the dispensary would see as many as 30 patients a day at the site, which would be open from 8 a.m. to 9 p.m. seven days a week.

Arizona Grown Healthcare proposes the northern Peoria location, which is in a commercially zoned area. Hours of operation would be weekdays from 10 a.m. to 9 p.m.; 8 a.m. to 5 p.m. on Saturdays and closed Sundays.

Just one resident lodged a complaint; and that was a concern against dispensaries in general.

The Peoria planning commission approved both special-permit requests. The approval is only the first hurdle crossed by the applicants to show that the site is in compliance with the city's land-use laws, Peoria planner Ed Boik noted.

The Arizona Department of Health Services eventually should further scrutinize the applicants to determine if either passes muster to open up a dispensary in the city. Only one of those two applicants will be able to run a dispensary because both fall in an area where only one dispensary would be allowed by the state.

Statewide, about 126 dispensaries are expected to be certified. Based on state rules for placement, Peoria anticipates at least one license to be issued initially and up to three total.

With the request for federal input, it is unclear when state health officials would make such a decision on applicants. 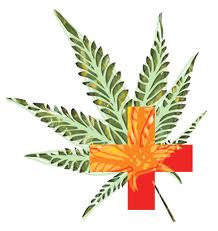 I can for see the hydroponic industry just waiting to take off big time in AZ. The cardholders who are zoned out of having a dispensary within there area are going to turn to the home grow market. I wonder how many elected officials are investing in the hydro-organic grow businesses. RD :bigtoke:

When I was in the army I was taught hurry up and wait.Now it's in politics too.
Believe nothing that you hear and only half of what you see.