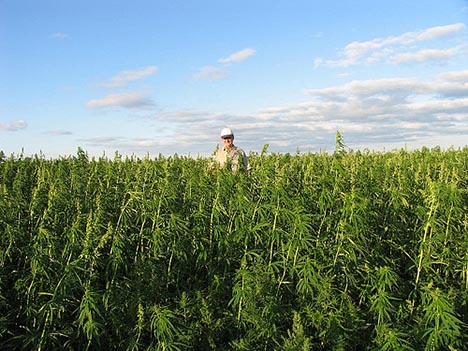 Not to overly play into the stereotype of the TreeHugger moniker, but today is 4/20 so a quick review of all the great uses for industrial hemp--you know, that non-psychoactive relative of marijuana that for myriad moronic reasons is more or less illegal* to cultivate in the United States but not work with and sell--seemed apropos. From clothing, to food, to fuel, to a whole host of consumer and building products, not to mention helping in cleaning up soil pollution, it's only slightly hyperbole to call hemp a wonder crop: 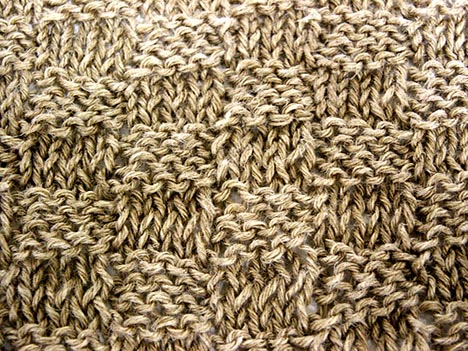 Hemp's been used for textiles since time immemorial--samples of hemp fabric in China date back to 8,000 BC--though it has certainly had a renaissance of late. Shedding the slightly rough and tough image it once had hemp has broken into the realms of high fashion, has been mixed with silk for lingerie, as well as being applied to more obvious applications where it's durability is used to best advantage: Providing material for shoes, jeans, and other tough sport clothing. 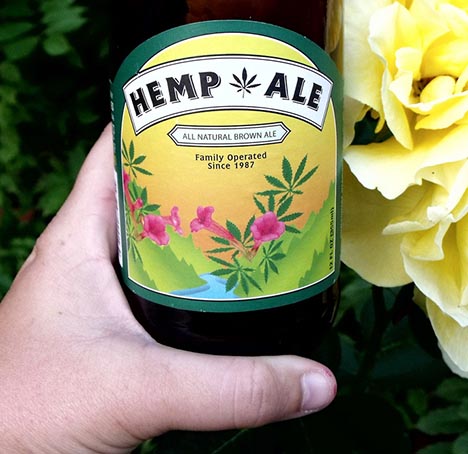 About one third of hemp seed's weight comes from hemp oil, which is both edible but highly nutritious, containing essential fatty acids. The whole seed is about 25% protein, and is a a good source of calcium and iron, as well as having more omega-3 than walnuts--all of which point to hemp's potential for food and as a dietary supplement. But hemp also can be put to good use in iced tea and brewed into beer, fermented into wine, and distilled into other alcoholic beverages. Oh, and there's hemp milk too.

Hemp has been used for paper for at least 2,000 years, even though today hemp paper accounts for about only 0.05% of world paper production. Even though hemp is a far more quickly renewable and sustainable source of pulp for paper, because of the small number and relatively old age of processing equipment for hemp paper, help pulp ends up being several times more expensive than wood pulp.

Of all the uses for hemp, even if you only have a cursory knowledge of the subject you're probably away of hemp fabric, clothing and paper, but here's one that's an eye-opener: Hemp provides all sorts of good building materials. You can make it into insulation as companies in the Netherlands and fiberboard and pressboard, and even be used to make 'hempcrete', a stronger, lighter, and more environmentally friendly version of concrete. 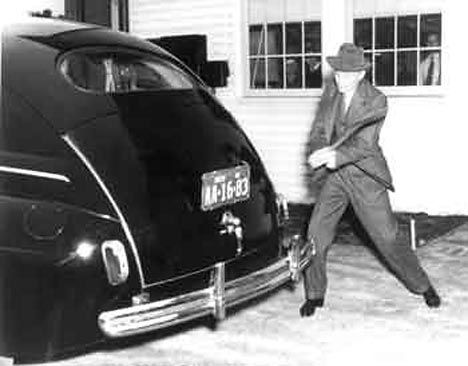 Hemp is also a viable feedstock for plastics production. Indeed Ford famously produced a prototype car made out of hemp & soy plastic in the early 1940s. Though it never went into production, with undue influence from chemical giant DuPont playing at least a part, as the photo above, of Henry Ford taking an axe to the car to prove its durability, shows hemp plastic can be strong stuff. More recently hemp has been made into shower curtain liners, CD & DVD cases, and all sorts of other products.

Yes, you can make biofuel from hemp! Like pretty much any vegetable oil you can take hemp oil and process it into biodiesel. You still have all the concerns about conversion of land that could be used for food production into land used to fuel vehicles, but the biodiesel process is certainly solid. As cellulosic ethanol technology becomes more commercial viable--something seemingly just over the horizon for a couple of years now--there's no reason why you couldn't utilize hemp stalks or other leftovers as a feedstock. Considering all that, it stands to reason that hemp could also be utilized to make liquid fuels that are chemically identical to petroleum-based gasoline or diesel as well. But since the US doesn't want anyone cultivating hemp, the potential of hemp for fuel remains untapped. 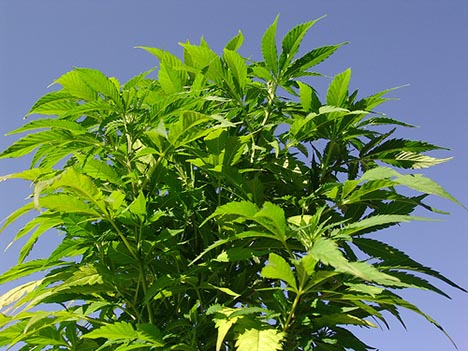 One of the most intriguing uses for hemp is in cleaning up soil contamination. In the late 1990s industrial hemp was tested at the site of the Chernobyl nuclear disaster in Ukraine to help heal the soil. Because of its fast rate of growing each season, up to 250-400 plants per square meter each up to 15 feet tall, hemp shows goof potential in cleaning up land contaminated with fly ash, sewage sludge, or other heavy metals--though hemp's use in phytoremediation on any scale is in its infancy.

*
On to that asterisk above: As Vote Hemp points out, it's technically not illegal to grow industrial hemp in the United States, it's just that you need a permit from the DEA and they're not eager to give them out.

Growing hemp is kind of like driving, you can't drive without a license and you can't grow hemp without a permit. The difference is that it is almost impossible to get a permit from DEA to grow hemp.